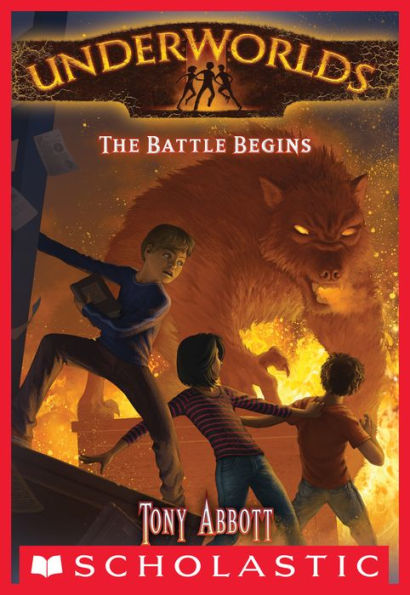 The Greek gods of mythology are stories told about gods that never existed, or so Owen Brown thought. Then on a seemly ordinary day, his friend Dana disappears through the school floor. Determined to find out what happened to Dana and bring her back home, Owen decides to follow the clues to rescue his friend.

Jon and Sydney join Owen on his search. Along the way, they discover that Loki has taken Dana. In order to bring her home, they must descend into the Underworld, fight the legendary warriors called Myrmidon and avoid Loki’s wolf, Fenrir. Fighting Greek and other mythological creatures is no easy task for a fourth grader, but with the help of his friends, Owen hopes that freeing Dana can be done.

The first book of the Underworlds series begins with action and never slows down. Owen and his friends are interesting characters whose bravery can be admired. Although Fenrir and the Myrmidons are dangerous, they are described in a kid-friendly way that won’t scare younger readers. The Battle Begins is an action-packed story that brings mythology to life.