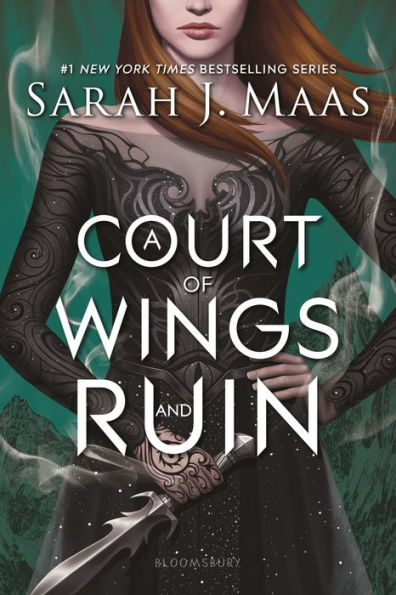 In this thrilling third installment of the A Court of Thorns and Roses series, Feyre has infiltrated the spring court and must play a deadly game to gather information on Tamlin’s movements and learn how to defeat the King of Hyburn. After a failed attack on Hyburn, Feyre was forced to return to the spring court with Tamlin. What Tamlin did not know was that he was bringing back the Queen of the night court. Now Feyre is on a mission to take down Tamlin and his court from the inside. She is determined to save her mate, her sisters, and her court.

As Feyre spies on Tamlin, she is also scheming to turn the court against him. When Feyre learns of the King’s true plans for the war, she knows she must get back to the night court to warn her family before it is too late. As war approaches, Feyre must navigate the politics of the high lords and learn who can be trusted. Will Feyre be able to stop the King’s plans before it’s too late? Can she maneuver the high lords and win this war against Hyburn? The harrowing saga continues as Feyre gets closer to the truth, figures out how to use her own powers to stop the King of Hyburn, and saves both the human and faerie worlds.

Feyre has mastered her powers and proves to be a strong leading lady throughout the novel. The story focuses more on Feyre and her sisters and how their relationship heals and evolves. The motif of sister relationships is important, as it portrays the family working through their problems to become even closer and stronger. A Court of Wings and Ruin shows the evolving friendships and details how the characters learn to work with different courts to defeat the King together. The characters are funny, witty, and are what keep readers coming back for more.

Prythian is set in a magical world, but this fantasy brings the reader into a different world filled with imagination and excitement. This novel has a great representation of strong female characters and healthy friendships and relationships. This series is at times funny, romantic, sad, and exciting, so it has something for every reader.

A Court of Wings and Ruin will leave fans satisfied because it does not leave any loose ends. It brings the suspense to a peak as the war that has been brewing begins. The war shows both the politics behind it and the battles themselves, but these repetitive scenes can become tiresome. Despite this, every scene adds meaning to the story. The complicated plot brings in new characters and shows brutal fighting. In this third installment of Sarah J. Maas’s series, the characters delve into war, heartbreak, love, and friendship to save the world together.