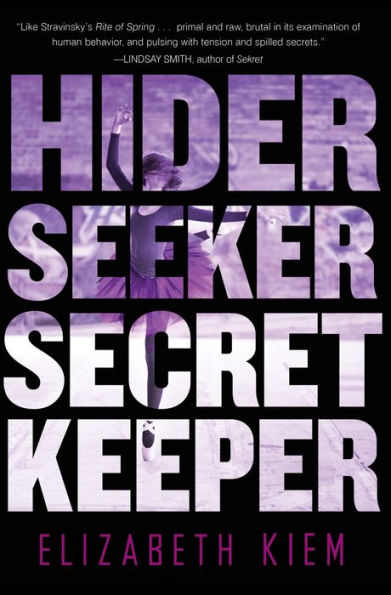 Lana has never been able to tame her rebellious streak, so she’s not surprised when she is not chosen to go on tour with the Bolshoi ballet company. Then her friend is in an accident and Lana believes her luck has changed. But when she gets to New York, Lana’s life takes an unexpected turn.

Georgi, an old friend of Lana’s mother, requests to see her. Although Lana does not trust him, Georgi is her only chance to discover why her mother refuses to talk about her past. Lana is tired of feeling as if she’s been living in the dark. And when Georgi and his young bodyguard, Roma, tell Lana that they know who her father is, Lana can’t resist being drawn into Georgi’s web. Despite assurances that Georgi can be trusted, when another dancer ends up hospitalized, Lana isn’t sure if she can trust Georgi or anyone else.

Hider Seeker, Secret Keeper is a fast-paced story that leaves the reader guessing. However, the book revolves more around Lana’s life and the mystery behind her mother’s past than around ballet. For those who pick up the book in the hopes of learning about the life of a ballerina, they will be disappointed.