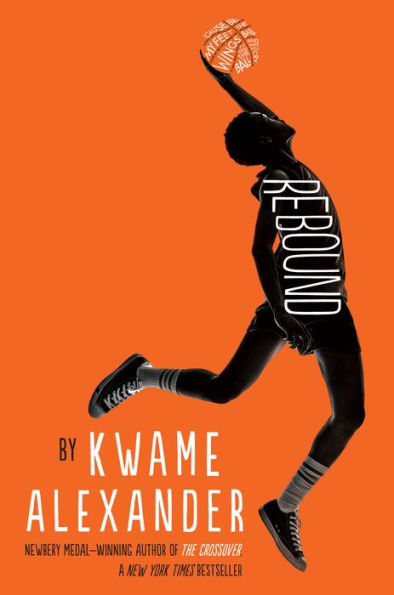 Ever since Chuck “Da Man” Bell’s father died, Chuck’s turbulent emotions are holding him back from his relationships. When his mom sends him to his grandparents’ house for the summer, Chuck finds healing through basketball. With the help of his friends and relatives, Chuck also learns about his family’s past.

Chuck is an emotional 12-year-old who disobeys his mother and gets into trouble with his friend, Skinny. However, Chuck’s attitude towards life adjusts as his grandparents and cousin, Roxie, teach him wisdom and basketball. Chuck realizes that his grandparents are suffering after their son’s death as well, and Chuck makes an emotional connection with them. This story presents the multifaceted nature of grief through Chuck and his family. The narrative emphasizes this shared humanity rather than suppressing the trauma that the family has endured. The family helps Chuck come to terms with his emotional turbulence, and the end shows him as a happy adult who learned how to cope.

Chuck’s story pairs well with Alexander’s creative narrative styles. The poetry might be off-putting to some readers, but the flow is similar to reading prose fiction thanks to his free verse. The graphic novel panels help build excitement in the basketball/daydream sequences and give a different look into Chuck’s imagination. This book is a good introduction into poetry for younger readers.

Told in free-verse poetry and graphic novel panels, Rebound shows the turbulent healing process after tragedy strikes. As Chuck learns about basketball and how his family members deal with loss, he begins to understand the world outside his emotions. The book is told from Chuck’s perspective, but his grandparents are a large focus of the story. His grandfather, Percy, uses humor and tough love to help Chuck come to terms with his father’s death. However, Percy is serious and kind when Chuck is struggling the most, but Percy never comes off as preachy.

Alexander’s writing style is unique, and it switches between poetry and graphic novel panels. However, the story flows well and has many fast-paced basketball scenes. Alexander uses different poetic techniques to emphasize sounds, emotions, and dialogue. These portions and the graphic novel panels depicting Chuck’s daydreams help enhance his narrative voice and his dreams of success. Rebound is the prequel to Kwame Alexander’s book Crossover, but Rebound can be read as a stand-alone book.

Rebound tells a story about shared humanity and suffering, and it reinforces the need for family in difficult times. Alexander writes interesting and complex family dynamics, and his integration of basketball and comic books into the text feels natural with these themes. He grounds the abstract nature of grief in a manner that is digestible for younger readers. Rebound is a good read because it presents a character who rises above self-pity and gains perspective in dire times. Anyone who has faced a difficult situation will enjoy Rebound’s blend of poetry and graphic novel elements because they effectively portray themes of grief, love, and the power of family.