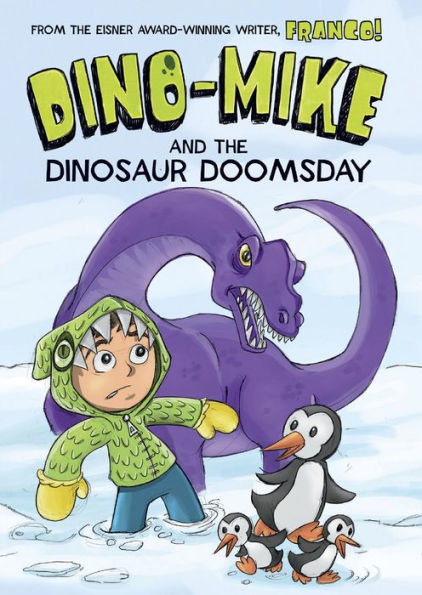 When Dino-Mike’s father goes on an expedition to Antarctica, Dino-Mike doesn’t expect much to happen. But when the Bones siblings unexpectedly arrive, they bring danger with them. The Bones siblings wake up a Doomsday Dinosaur who could easily crush Dino-Mike, Shannon, and Jurassic Jeff.  The three think that the Doomsday Dinosaur is their worst nightmare, but there is more danger lurking beneath the Antarctic ice.

Dino-Mike and The Dinosaur Doomsday is an action-packed story that has Dino-Mike and his friends battling both the Bones siblings and ancient dinosaurs that come to life. Although the majority of the story is fictional, the story contains some facts about Antarctica and the dinosaurs that roamed. However, readers should not pick up the Dino-Mike series if their sole intention is to learn factual information about dinosaurs.

The series will appeal to younger readers because it is written with imagination and action. Scattered throughout the text are onomatopoeias that help create suspense. The story is easy to read and is a good series to pick up to interest beginning readers. Although Dino-Mike and the Dinosaur Doomsday is the seventh book in the series, the plot can be understood without reading the previous books.