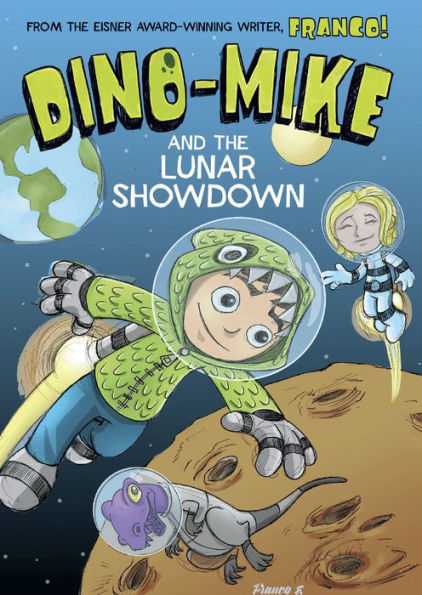 Dino-Mike the Lunar Showdown is full of fun illustrations, a jacket with surprising gadgets, dinosaurs in space suits, and an evil villain. Written with imagination and action, Dino-Mike has young characters who bravely face evil and care about the well being of dinosaurs. This is not the book to pick up if you want factual information about dinosaurs. The story is easy to read and is a good series to pick up to interest beginning readers.