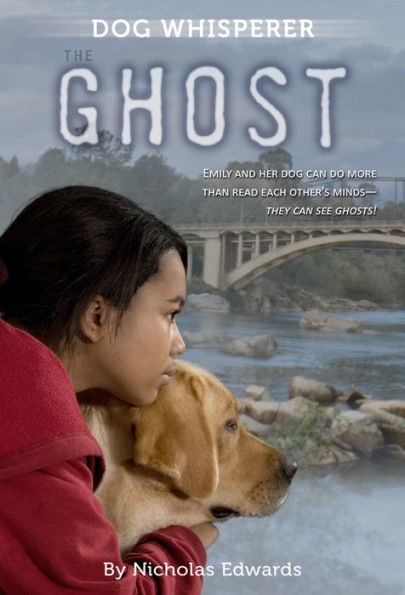 From the day Emily rescued her dog, Zack, they have always shared a special connection—they can read each other’s minds. And since Zack can sense when someone is in danger, they’ve been using their special powers to help save people.

But now Emily and Zack have discovered something new. They can see ghosts! And one ghost, in particular, needs their help. Shocked by her new discovery, Emily is determined to find out who this ghost is and why he is haunting her town. But if Emily and Zack are the only ones who can see the ghost, how can they get anyone to believe them? Will they be able to help in time, or will the ghost be doomed to haunt the earth forever?

The third installment of the Dog Whisperer Series has a unique premise but unfortunately lacks development and action. Emily and Zack save a woman from a fire, but the incident is so out of place that it lacks emotional impact. Likewise, many of the story’s scenes are not developed enough to make the reader care about the outcome. For example, when Emily meets a ghost, their interactions are not exciting. Instead, when Emily talks to the ghost, the ghost gives vague answers that are confusing. Even though Emily helps the ghost, the ending is predictable and lacks action.

Even though Emily is a likable character, readers will find the lack of action and plot development frustrating. The one bright spot is Emily’s interaction with Mrs. Griswold, an elderly neighbor who is a recluse. Mrs. Griswold’s backstory is slowly revealed and the conclusion hints that Mrs. Griswold will begin reaching out to other people. Through multiple characters, a theme is revealed—people are often doing the best that they can in difficult situations, and only by looking deeper can you understand a person’s character.