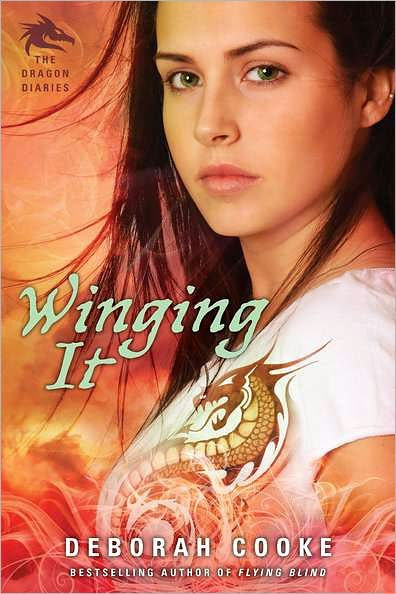 It’s tough enough being the only girl dragon shifter, but when Zoe is forbidden to tell her best friend, Meagan, about her powers, Zoe realizes that living in two worlds is complicated. When Meagan begins to question Zoe’s friendship, tensions heat up.

When Zoe’s father grounds her, her mother leaves her father, and Meagan makes a new friend, Zoe doesn’t think things can get worse. Then she discovers that the Mages have laid a trap to destroy the shape shifters. Zoe must find a way to help her friend Meagan as well as save the dragon shifters without revealing any dragon secrets.

Winging It begins building suspense from the first page and will keep the reader interested until the last battle. Teens can relate to Zoe because she is smart, strong, and truly cares for others. Like any other teen, Zoe isn’t always sure of herself, but she always strives to do what is right, even if that means keeping secrets from her parents and her best friend Meagan.

The second book of The Dragon Diaries brings in interesting new characters—Derek, a shape shifting wolf, Jessica, a shape shifting jaguar, as well as Sigmund, Zoe’s dead brother. Sigmund brings a bit of humor to the story because even though he’s dead, he likes to tease Zoe as well as help her. Zoe spends more time in the supernatural world in Winging It, however, the setting is clearly fantasy and does not resemble real life in any way. The only down side of the book is the frequent and colorful profanity.