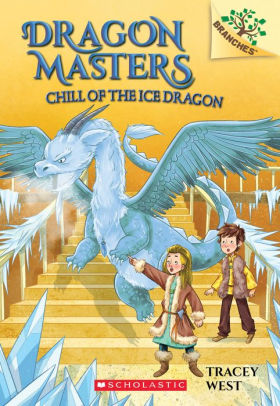 The ninth book in the Dragon Masters series has the same black and white illustrations that help the readers visualize the characters and the action of the story. Easy vocabulary and simple sentence structure will allow beginning readers to enjoy the story. For those who have not read the previous books, Chill of the Ice Dragon may be confusing because of the many characters in the story. The end of the story is exciting and action-packed, but the beginning is choppy and doesn’t transition to different scenes smoothly.