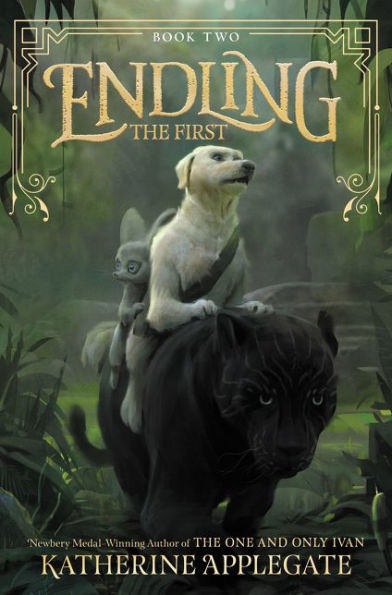 Byx’s family was killed by soldiers. Now, he fears that he is the last of his kind, the endling. But legends tell of a carnivorous moving island where a hidden dairne colony lives in peace. Byx and his friends embark on a journey to find the island. They travel into the country of Dreyland, where they pass over snow-covered mountains, fight soldiers who wish to enslave them, and face other dangers.

Byx is surrounded by his traveling companions. The loyal Tobble. The brave and resourceful Khara. Gambler, who is wise but deadly. And Renzo, a thief who can perform magic.

But as Byx and his friends travel through Dreyland, they realize that the threat of war grows and their own country will soon be attacked. To make matters worse, there is a treacherous plot that could bring both Byx’s dreams and the creatures of their world to the brink of extinction. Will the unlikely leaders be able to find the last of the dairne? Can they stay safe from the soldiers who wish to kill them?

Tobble plays a larger role in this second book; his well-developed character is not only interesting but also explores the idea of bravery. Tobble and Byx do not feel brave or worthy of being leaders. However, they both use their own talents to protect their friends. At one point, Byx’s friend points out, “We all have our own particular fears, Byx. One can be brave nine times and be a coward the tenth time.”

A major theme that runs throughout the novel is the need to treat all species with respect. Several of the characters must face their fears. For Tobble, he must face worms. Through his experiences, he learns “never to judge a species on the basis of its appearance. . . Every plant, every animal, every insect serves a purpose. . . No matter how annoying, how ugly, how frightening, or how unappetizing it might be.” Through the character’s words and actions, the reader will learn that everything in the natural world is connected.

As the story progresses, the characters are less concerned with finding if there are more dairne and more concerned with a war that is brewing between countries. Khara hopes to unite the exiled families and lead them against the tyrannical leader. But Renzo doubts “that war can ever be waged with honor, mercy, and fairness.” As Byx and his companions travel, they often have to make decisions about morality. For example, when is it acceptable to steal? To kill? To fight? Even though the characters must make difficult life and death choices, they know that “in truth lies strength.”

Beautiful, descriptive language brings Byx’s world to life and takes the reader on an epic journey where friends valiantly risk their lives to help Byx find others of his species. Not only are the characters interesting, but they also grapple with real-life issues such as friendship, fear, and ethics. Although the publisher recommends the book for readers as young as eight, the story hits on some heavy topics and includes bloody violence, death, and war. The First is an amazing, entertaining story that will leave readers contemplating the nature of humans, their desire for power, and the importance of fighting for others.