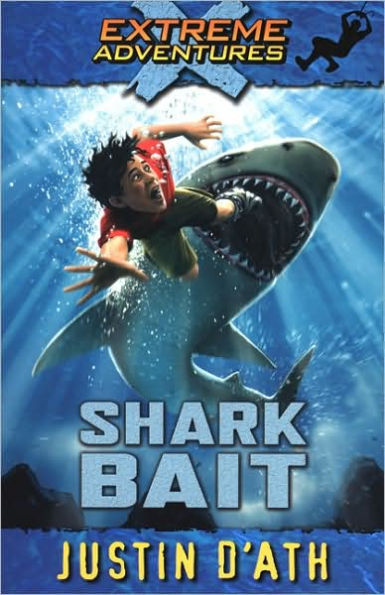 Sam expected to view sea life while on vacation at the Great Barrier Reef. What he didn’t expect was to become shark prey. But when a huge wave hits Sam and another boy, they are swept into the open ocean. Sam must keep himself and his new friend, Michi, from drowning. He also has to worry about the predators that lurk underwater.

When Sam and Michi finally see land, their troubles are far from over. Michi’s foot gets stuck in a giant clam and when Sam goes for help, smugglers throw him in a cage with an angry bird. Sam must figure out a way to escape in time to help Michi get to shore before the tide comes in.

Action-packed suspense will keep readers turning the pages of Shark Bait. Because Sam tells his own story, the reader will be able to relate to his fear and determination. Although Sam seems to have the worst luck in the world, his story is believable. Shark Bait is an easy-to-read story that is sure to entertain.