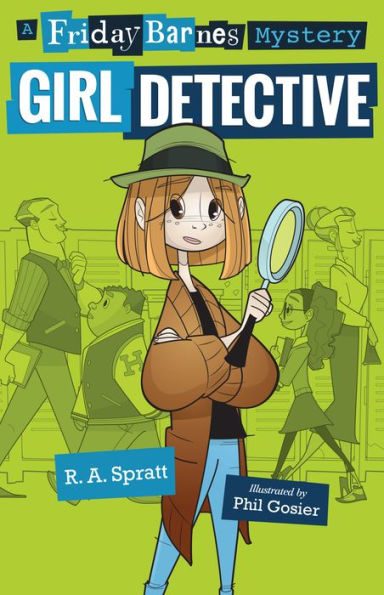 Friday has perfected the art of going unnoticed. She has spent her life learning how to blend into her surroundings. After receiving a monetary award for solving a crime, she decides to go to an exclusive boarding school to better her education. To her dismay, a series of unexpected events cause Friday to become the center of attention time and time again.

Soon Friday is busy solving the school’s mysteries, which include lost homework and stolen desserts. To add to the drama, Friday begins to unravel the secret behind the yeti that is haunting the school’s swamp.

Outrageous teachers, teen bullies, and a cute boy add to the plot of Friday Barnes Girl Detective and will intrigue readers. Friday is a delight because while she is amazingly smart, she is clueless when it comes to picking up on social cues. When Friday and her roommate work together to solve mysteries, their relationship will cause giggles.

Friday Barns Girl Detective is a humorous story that will captivate younger readers. A Yeti brings suspense to the story. A cute boy brings a light touch of romance that shows the confusion caused by girl-boy relationships. Although the story ties up all loose ends, there is a surprise at the end that will make readers want to pick up the next book.