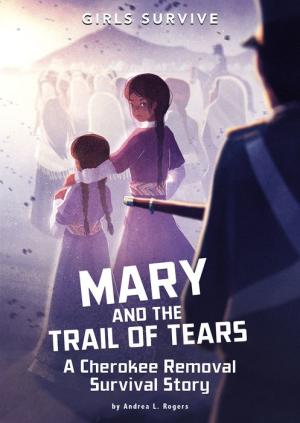 Twelve-year-old Mary and her Cherokee family are forced out of their home in Georgia by U.S. soldiers in May of 1838. From the beginning of the forced move, Mary and her family are separated from her father. Facing horrors such as internment, violence, disease, and harsh weather, Mary perseveres and helps keep her family and friends together until they can reach the new Cherokee nation in Indian Territory. Will Mary and her family survive the terrible move forced upon them?

Mary and the Trail of Tears is told from Mary’s point of view, which allows the story to be told with kid-friendly descriptions. While the descriptions are not graphic, some readers will be upset by the brutality that the Cherokees faced. For example, Mary’s grandfather is killed by a man who says, he “wouldn’t be happy until every Cherokee in Georgia was dead.” The Cherokees faced the constant threat of being shot or dying from disease. However, the story ends on a positive note when Mary and most of her family are reunited in Oklahoma.

The story highlights the difference between the Cherokees and the soldiers. The Cherokees loved nature and respected all people. In contrast, the soldiers were motivated by greed and hate. “Since gold had been discovered on Cherokee land a decade earlier, many Georgians were convinced we had gold hidden away. They didn’t understand that to us the most valuable things were other Cherokees.” Throughout the story, the soldiers show cruelty or indifference to the Cherokees’ suffering.

Each chapter begins with the date and location, which makes it easy for readers to follow the events that take place between May of 1838 and March of 1839. To help readers visualize the story’s events, black and white illustrations appear every 7 to 10 pages. The book ends with nonfiction support material including a glossary, and three questions about the Indian Removal Act of 1830. These accounts will help readers learn more about the removal of the Cherokees from Georgia, Tennessee, Alabama, North Carolina, and the ten prison camps that were set up in Tennessee. 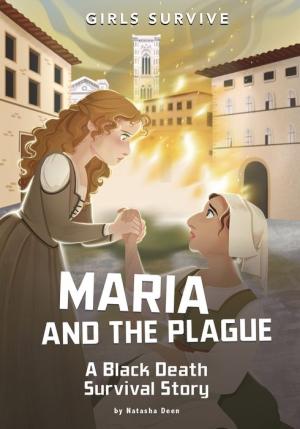 Years of bad weather and natural disasters have choked Italy’s food supply, and the people of Florence are dying of starvation. Breadlines are battlegrounds, and twelve-year-old Maria must fight for her family’s every loaf. Adding to the misery, the Black Death is rapidly spreading through the country, killing everyone in its path. Maria has already lost her mother and sister. Will she be strong enough to survive the challenges ahead of her?

Maria and the Plague educates readers about the challenges of living during the black plague. Maria mentions the death of her mother and baby sister; however, their deaths took place before the events in the story and are not described. But tragedy follows Maria’s family. When her father is infected, Maria says goodbye to him and then he goes off into the woods to die. With her father gone, Maria is not left alone for long. She soon meets up with a group of survivors and the adults willingly take Maria under their wing.

Even though the story tackles a difficult topic, the engaging tale describes the events in a kid-friendly manner. While Maria makes it clear that some of her loved ones will die, the actual deaths are not described. Although the story doesn’t go in-depth, it does include some interesting facts. For example, the song “Ring Around the Rosie” began during the plague. A “part of the song was about the rash that appeared on people’s skin. It was also about the flowers and herbs we carried near our faces to stop the smell of the sickness.”

Each chapter begins with the date and location, which makes it easy for readers to follow the events which take place between April 13, 1347 and September 10, 1348. Black and white illustrations appear every 7 to 10 pages. The book ends with a note from the author that describes some of her thoughts while writing the story. There is also a glossary, and three questions about the story.

Maria and the Plague will help readers understand the events that revolve around the black plague. Readers will connect to Maria because she is a relatable character who loves her family. Throughout Maria’s ordeal, she shows determination, bravery, and compassion for others. Maria and the Plague is a fast-paced story that will entertain as it educates. Readers who enjoy historical fiction should also check out the Imagination Station Series by Marianne Hering & Paul McCusker. 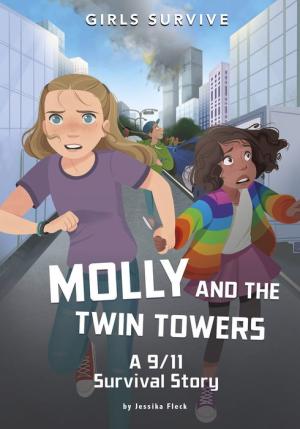 Life in lower Manhattan is normal for Molly, her dads, and her younger sister. But on September 11, 2001, everything changes. Molly and her younger sister, Adeline, are at school when the first plane hits the World Trade Center. When the Twin Towers fall, the city is thrown into chaos. Papa, a pilot, is flying, Dad can’t be reached, and Gran, an EMT with the New York Fire Department, is at Ground Zero. It’s up to Molly to find her sister and navigate a city she no longer recognizes.

The book begins with a short introduction to Molly’s family, which allows readers to connect to the people Molly cares about. Because the attack on the Twin Towers occurs when Molly is at school, her fears and confusion are understandable. When the school begins to evacuate, Molly searches for her sister. Once the two are together, Molly tries to protect her sister from falling debris, she also worries about her dad, who is an airplane pilot, and her Gran, who is an EMT stationed close to the towers.

Afterward, Molly’s dad tries to explain why the terrorists flew a plane into the Twin Towers. He says, “There are people in the world who believe that violence, hurting others, is how they’ll get what they want.” Her dad doesn’t think that terrorists will win because “for every person who wants to cause harm, there are thousands more who want to protect. To do good.”

Molly and the Twin Towers will answer basic questions about the events of 9/11. While Molly’s fear is obvious, the events are described in kid-friendly terms. Some of the information is told through news sources, which allows the reader to get basic facts without bloody details. Despite this, Molly’s shock, confusion, and fear are at the forefront of the story. Afterward, Molly and her family go to therapy in order to deal with post-traumatic stress disorder.

In order to make the story easy to follow, each chapter begins with Molly’s location and the time. Every 7 to 10 pages there is a black-and-white illustration. The illustrations mostly focus on Molly and the events surrounding her. Some of the illustrations show the Twin Towers engulfed in smoke and ash. The book ends with a note from the author that describes some of the heroes of 9/11, a glossary, and three questions about the story.

Molly and the Twin Towers will teach readers about the events of 9/11. The short chapters, fast-paced plot, and suspense will keep readers interested until the very end. Molly is a likable character who shows bravery in the face of fear. Readers who want to learn more about the attacks should also read I Survived the Attacks of September 11, 2001 by Lauren Tarshis.