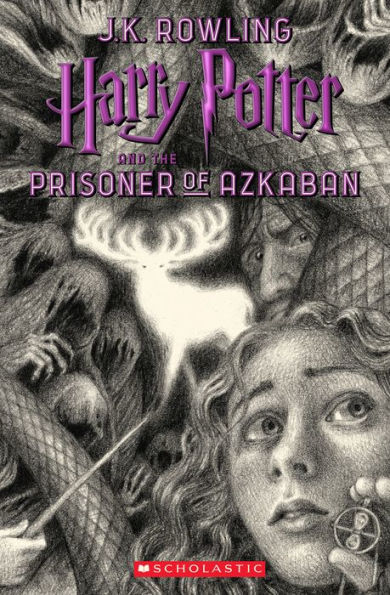 The summer before his third year of school, Harry Potter accidentally uses magic on his aunt and has to run away from home. While he is worried about getting expelled, it turns out there is a much larger danger, one that no one wants Harry to know about. But, as usual, Harry knows more than he should. He learns that the convicted mass murderer Sirius Black has escaped from the wizard prison, Azkaban, and is coming for Harry Potter. Black was a follower of He-Who-Must-Not-Be-Named, and some think Black believes that killing Harry will bring the Dark Lord back to life.

Extra security precautions are taken once Harry arrives at school, all with the goal of keeping Harry safe within Hogwarts. But Harry is much more eager to sneak out of Hogwarts, as he longs to go on the school trips to Hogsmeade, a nearby wizarding town. With the help of his father’s invisibility cloak and a magical map, Harry soon has free reign of the castle. But will this newfound freedom be his downfall with Sirius Black on the prowl?

The third installment of the Harry Potter series raises the bar yet again, with an exciting and slightly more complicated plot that is full of exciting twists and turns. Our favorite characters are back, and we have a new Defense Against the Dark Arts professor named Lupin. Lupin is an old friend of Harry’s father, but he may be hiding a secret of his own.

Harry Potter and the Prisoner of Azkaban will keep readers guessing until the very end. This story continues the theme of not leaping to conclusions based on someone’s appearance or background, and subtlety explores what true friendship looks like. The themes, plot, and language of this book are slightly more mature than the first two books, as the Harry Potter series gradually grows in complexity throughout the seven books. However, this novel will still be appropriate for most elementary-aged students. There is also an illustrated version of this novel that will further engage reluctant readers with beautiful, full-page illustrations.