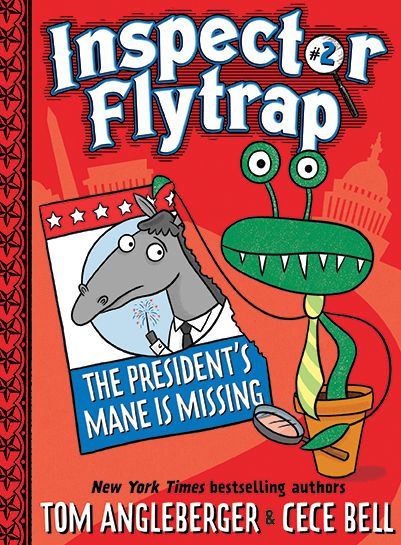 When the president of the United States Horse G. Horse unveils a huge statue of himself, a huge fly from outer space attacks the city. Detective Flytrap tries to solve the mystery as he assistant Nina eats everything in sight. This story is random and wacky with turkey reporters, talking plants, and a huge space alien fly. This story combines illustrations with humor to create a book for early-chapter readers.

Inspector Flytrap in The President’s Mane Is Missing contains bathroom humor. In the beginning of the book, people keep asking Inspector Flytrap about his bathroom habits. His assistant Nina gets to the top of Horse G. Horse’s statue through an elevator in the horse’s butt. In addition, Inspector Flytrap solves the mystery when he realizes the giant fly has been attracted to Earth because the fly expects the giant horse statue to create “giant poopee.”