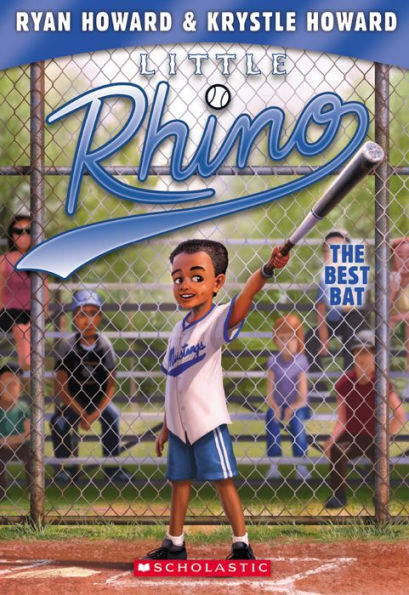 Little Rhino is so excited for his team, the Mustangs, to play their first baseball game. They’ve been having some good practices. The team is starting to come together. Grandpa James even bought Little Rhino a new bat to use.

In the last practice, Little Rhino’s bat goes missing. He’s convinced that Dylan, the bully on his team, is the one who took it. But Little Rhino learns quickly that he can’t blame someone without any proof. Will Little Rhino find out who took his bat before the first game?

The second book in the Little Rhino series, The Best Bat focuses more on baseball and has more play-by-play descriptions of the game. The Best Bat has all of the same characters as the first book. Even though the characters are the same, they are still not well-developed. Rhino’s grandfather continues to play a prominent role and guides Rhino through life. Rhino’s grandfather knows that baseball is important, but he makes sure Rhino knows that school always comes first. Throughout the story, Rhino’s grandfather reinforces the importance of taking responsibility for your belongings and your words.

Even though Rhino’s coach talks about the importance of teammates encouraging each other, Rhino and his team do not work as a team. Rhino comes across as overconfident and acts as if his team cannot win without him. When Rhino loses his bat, he is convinced that the team bully stole it. The person who took Rhino’s bat leaves clues, but clues are confusing and the story never explains why the clues were important. The ending has a surprise that teaches Rhino the importance of forgiving others.

Younger readers who enjoy sports will enjoy The Best Bat. However, readers who are just transitioning into chapter books may have difficulty reading My New Team because of the text-heavy pages. Although black-and-white pictures appear approximately every three pages, the pictures are similar to those found in a coloring book and do not have much appeal. Readers who enjoy Little Rhino will also want to read the Ball Park Mysteries series.