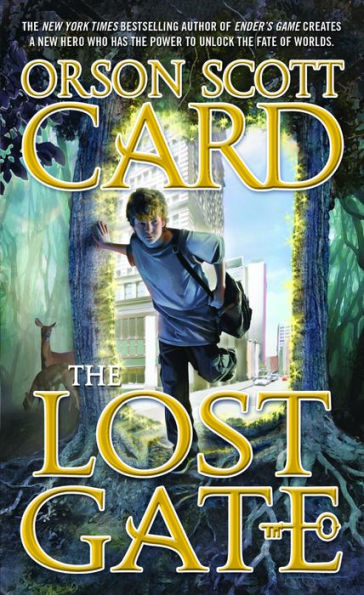 Danny seems like an ordinary boy. He’s smart, he enjoys long-distance running, and he teases his younger cousins. But among the North family, where children are expected to create fairies or speak with animals, “ordinary” is an embarrassing curse. Danny is a pariah among his own family until he realizes that he has one of the most powerful gifts that exist. The only problem is, people with this gift are so powerful that the law calls for their death.

Danny flees his home and goes to live with the non-magical druthers, who he has watched from a distance his entire life. As he learns to live with these people, he must explore his powers and test the boundaries of what he can do. According to legend, there is another world that used to be connected with Earth. Danny might be the only person alive who can reestablish this lost connection, but unknown consequences may be triggered by such an act.

The Lost Gate is not meant for the same age group as Card’s well-known Ender’s Game. Due to a large amount of adult language and explicit sexual content, this book borders on the edge between the Young Adult and Adult genres. Due to this high level of adult content, this book may be unsuitable for most teens.