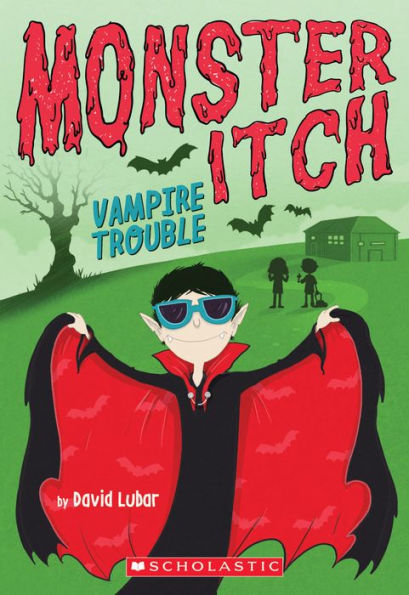 Alex hopes to win the kickball home-run record. When a new playground monitor appears, Alex begins to sneeze—great, big sneezes that make it impossible to kick the ball. Alex realizes that he’s allergic to the new playground monitor. Alex and his cousin Sara set out to discover what type of monster the new monitor is and how they can make her go away.

Although Vampire Trouble is not as suspenseful or humorous as the first book in the series, there is still a lot to like about the story. The plot is interesting and revolves around kickball. In the end, Alex learns that sportsmanship is more important than winning. Another positive aspect of the story is how the cousins in Vampire Trouble work together to find a solution to Alex’s monster allergy problem. In order to uncover the truth about vampires, they think like scientists, and through their search, readers will learn that not everything that is on the internet is true.