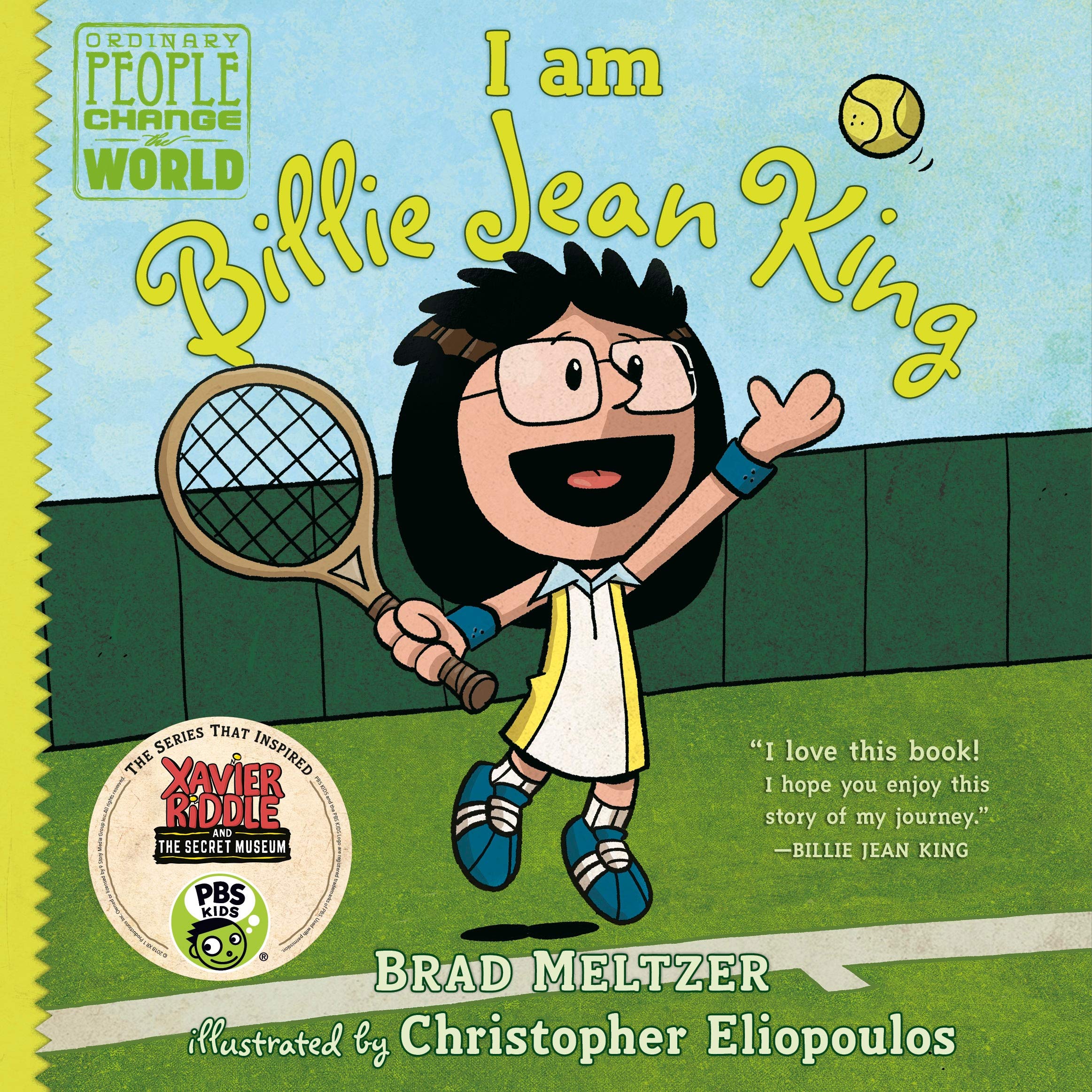 Billie Jean King, the world champion tennis player, fought successfully for women’s rights. From a young age, Billie Jean King loved sports—especially tennis! But as she got older, she realized that plenty of people, even respected male athletes, didn’t take female athletes seriously. She set out to prove them wrong and show girls everywhere that sports are for everyone, regardless of gender.

Billie Jean’s story shows the inequity in tennis, which at the time was played mostly by rich, white males. The story focuses on how women were discriminated against. For example, women were paid significantly less. Even though Billy Jean and her partner, Karen Wantze, were the youngest team to ever win Wimbledon, they could not afford to attend the Wimbledon celebration ball.

Right from the start, Bill Jean King’s story begins explaining what “fair play” means. Billie Jean defines fair play, saying, “In sports and in life, it means you respect the rules and treat everyone equally.” Most of Billie Jean’s story focuses on equity in sports, but it leaves out what exactly Billie Jean did to help solve the problem. However, the book’s message is positive: “All of us are powerful in our own ways. So how do you get to be your best self? By practicing, sweating, and giving everything you’ve got. And when you have nothing left, give more.” Later in her life, President Obama awarded Billie Jean the Presidential Medal of Freedom for being “one of the first openly lesbian sports figures, and for using sports to create social change.”

Colorful, full-page illustrations show important aspects of Billie Jean’s life beginning when she was a little girl. The book’s text includes speech bubbles as well as short paragraphs. Throughout the book, Sonia and some of the other characters are cartoonish. The cartoonish figure of Billie Jean does not change throughout the book; when she is an adult, she is pictured with other players who look like adults, yet Billie Jean still looks like a child which is a little disconcerting. When groups of people appear, the people are diverse and include both male and female. The end of the book has a timeline of Billie Jean’s life and six pictures of her. In the last line, Billie Jean says, “Be bold. If you’re going to make an error, make a doozy, and don’t be afraid to hit the ball.”

Younger readers will enjoy I am Billie Jean King’s fun format, conversational text, and positive message. However, the heavy focus on equity may be difficult for younger readers to understand. For these readers, parents may wish to read the book with their child and discuss some of the important achievements Billie Jean made for women. To explore equal rights further, read A Girl Named Rosa: The True Story of Rosa Parks by Denise Lewis Patrick, which is another inspirational book about fighting for equal rights. 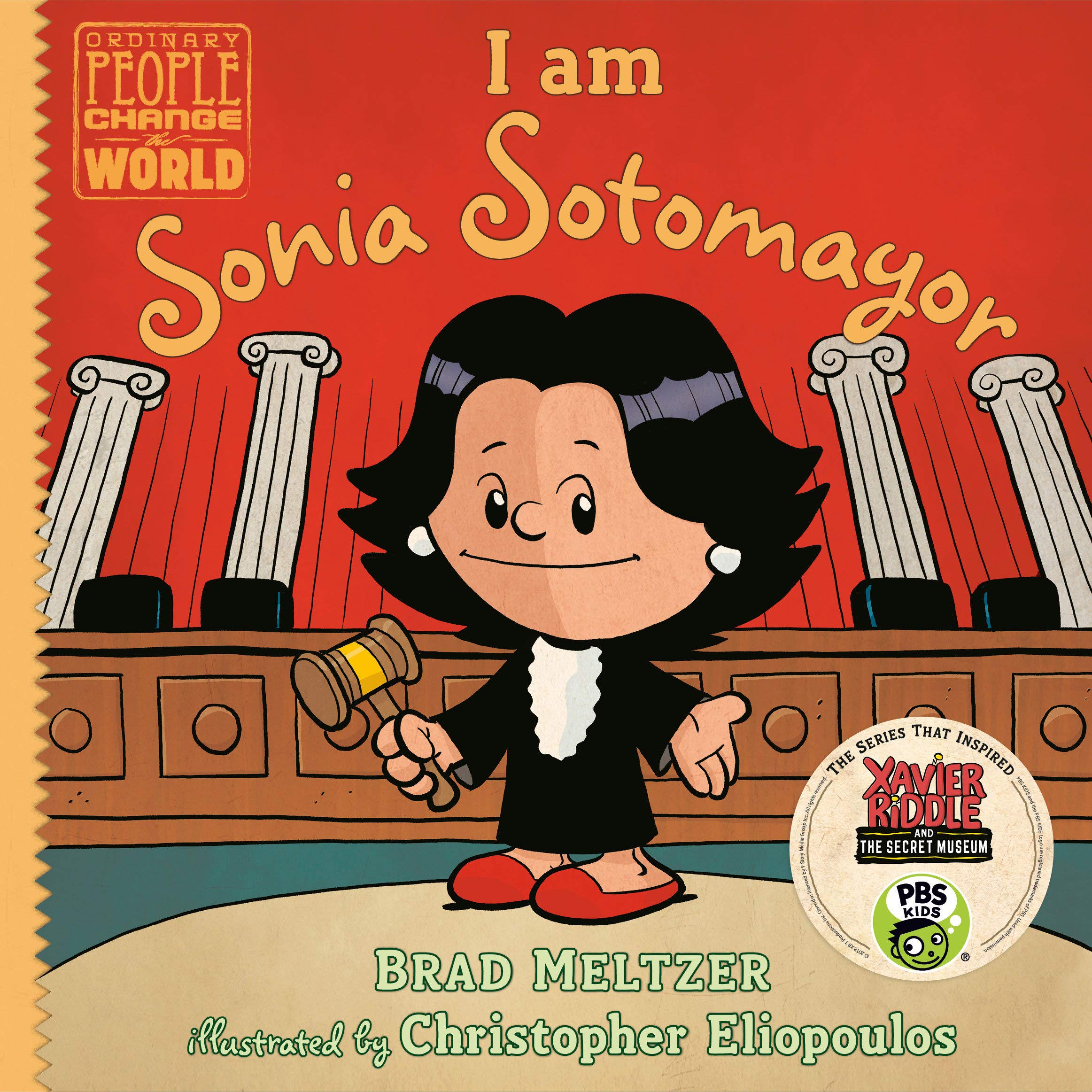 Sonia Sotomayor’s life will inspire children to reach for their dreams. The biography begins when Sonia was a small child, who often got into mischief. Living in the Bronx was not always easy, but Sonia found comfort in reading and learning. Sonia was inspired by Nancy Drew, who “was a master at doing puzzles, and no matter what got in her way, she could figure things out.” Sonia wanted to help others by becoming a police officer. However, because of her diabetes, she couldn’t pursue her dream of joining the force. Instead of giving up, Sonia found new inspiration by watching Perry Mason, a lawyer. After watching the show, she decided she wanted to be a judge.

Instead of focusing on the hardships of life, Sonia’s biography describes all the people who helped her along the way. She does acknowledge the fact that “there were a lot of Puerto Rican workers, but few managers or owners, and even fewer lawyers and detectives. It wasn’t that my Puerto Rican neighbors didn’t work hard. People aren’t poor because they’re lazy. . . But sometimes where you live affects the kind of opportunities you have.” But with words of encouragement from her mother, her teachers, and her friends, Sonia was able to become the first Latina Supreme Court Justice. Sonia’s story proves there is no limit to what someone can accomplish.

Colorful, full-page illustrations, show important aspects of Sonia Sotomayor’s life beginning when she was a little girl. The book’s text includes speech bubbles as well as short paragraphs. Because Sonia is Latino, some of the speech bubbles are in both Spanish and English. Throughout the book, Sonia and some of the other people are cartoonish. When groups of people appear, the people are diverse and include both male and female. The end of the book has a timeline of Sonia’s life, and four pictures of her. In the last line, Sonia says, “Remember that no one succeeds alone.”

Younger readers will enjoy I am Sonia Sotomayor’s fun format, conversational text, and positive message. The book reinforces the importance of learning, reading, and listening to those who encourage you. Sotomayor says, “The more you learn, the further you’ll go. Education is a rocket ship. It can take you anywhere. But no matter how high you fly, never forget where you started.” For more inspirational stories about successful women, read She Persisted in Sports by Chelsea Clinton.