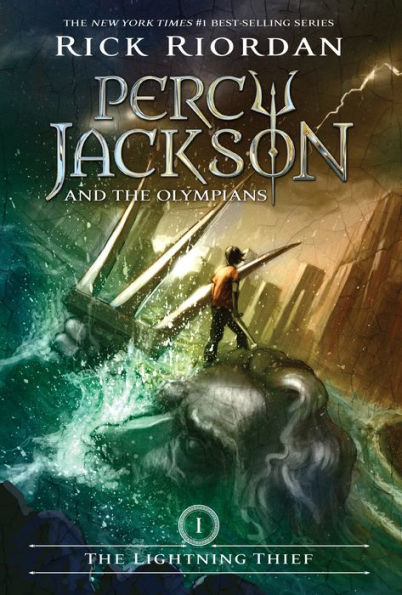 Percy’s life consists of him being moved from boarding school, to military school, to private school. Pretty much any school that will take him. Because no matter where he goes, or how good he tries to be, something always goes wrong.

At the end of sixth grade, Percy figures out why is life has always been so difficult. He is the son of the Greek god Poseidon, which makes him a half-blood. A demi-god. Monsters are attracted to him. To protect himself, Percy goes to Camp Half-blood, where he learns sword fighting, archery, and a myriad of other skills that he will need to survive. He soon learns that his father is on the brink of war with Zeus and that he may be the only one who can stop it. The Lightning Thief is an enjoyable adventure that will keep readers engaged. There is a lot of fighting with monsters, but asides from that this book is friendly to younger readers.