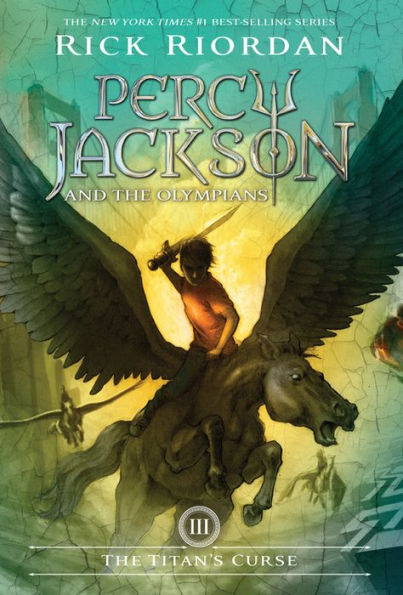 Percy, Annabeth, and Thalia are working together to save a pair of half-bloods from the monster who kidnapped them. But when Annabeth is lost, Percy will stop at nothing to save her. Meanwhile, Kronos bides his time, forever scheming to take over the world. His General has escaped eternal punishment and is amassing an army to take down Olympus.  A prophecy tells of a quest to stop the upcoming terror, and Percy joins despite not being chosen to go. Soon he is traveling across the country with Thalia and three of Artemis’ Hunters on a journey to save Annabeth, a goddess, and the world itself.

This installment of the Percy Jackson and the Olympians series is riveting and full of suspense. As Percy grows he comes into his own as a powerful son of Poseidon. New characters keep this book fresh, while the constant action keeps readers on the edge of their seats. Aside from the frequent, non-graphic violence, there is little in this book that would exclude younger readers.