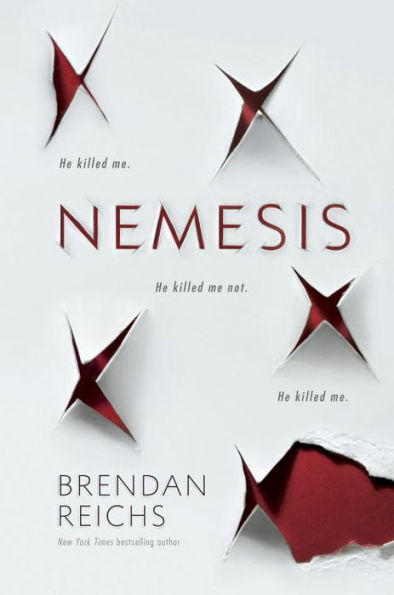 The Anvil, an enormous asteroid, threatens the earth is about to devastate the world. But Min has bigger problems. Min has died – again. Every two years since she was eight, a man in a suit finds her and kills her. Where ever she hides, he finds her. After her death, she always wakes up in the same clearing in the forest outside her small Idaho town. When she returns from her disappearances, no one believes her story and there is no evidence. This year when Min is murdered, she goes on a mission to discover why.

Terrifying dreams of death haunt Noah. Anxiety is his only true friend. Noah tries to hide that he is different by blending in, going along with what others say. When Noah discovers that he has been lied to and his dreams were in fact reality, he vows to be brave and search for the truth.

When the military arrives just out of town, Min and her best friend Tack make an uneasy alliance with Noah. Although they do not fully trust each other, they are determined to find out what has been happening to them. They go on a search to discover the answers to the questions that plague them.

Told from both Min’s and Noah’s perspectives, Nemesis starts with a suspenseful story of Min being murdered and coming back to life. The reader is instantly drawn into Min’s mystery. With detailed descriptions of events, the reader can step into Min’s shoes and understand her feelings. Suspense will grip the reader, who will be surprised by the events in the story.

Nemesis brings the stereotypical high school to life, with the typical cliché groups. The language in the book is a bit over the top, with most of the characters constantly spouting a plethora of cuss words. The ending of the book is similar to Lord of the Flies and just as violent. In the end, a computer simulation talks about saving humanity, but the majority of the characters are so unlikeable the reader wonders if humanity should be saved at all.