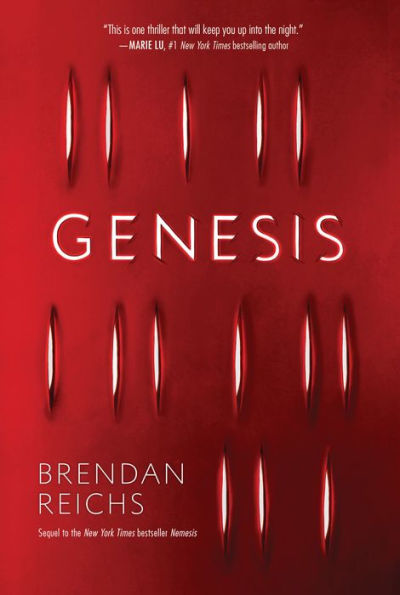 Noah has died again. Now he is determined to live. After an asteroid destroys the Earth, the planet is left in the hands of Fire Lake’s sophomore class.  After being murdered and uploaded into a simulation, the group of 64 students is left to duke it out and hopefully make it through the Guardian’s game. There are no rules, but repeatedly dying has trained Noah. Now, he plans to lead the strong into the future. At any cost.

Min Wilder knows that survival isn’t enough. In a world where violence is king, Min rebels against allowing others to determine who lives and who dies. She will fight for what is right. She will fight against anyone who stands in her way.

The second book of Project Nemesis follows the same group of kids, alternating perspectives between Min, Tack, and Noah. The kids are told by the Guardian, the one in charge of the computer program, that they must fight each other to make it through the program and eventually return to real life. He claims that the simulation will only allow the strongest and smartest to return to the real world. This spurs the kids to form groups and turn on one another as their existence becomes a fight for survival.

Min, Tack, and Noah all take separate journeys and handle the violence and new reality differently. Min refuses to bow to the moral pits that the violence keeps tugging the students into. Tack completely gives himself over to the violence, willing to do anything to make it out alive. And Noah believes completely in the program’s rules, until Min reminds him of his humanity. All three teenagers’ journeys spotlight different ways of handling grief, trauma, and catastrophe. The students’ struggle with whom to trust and what to believe is both interesting and thought-provoking.

In order to fully understand Genesis, readers need to read Nemesis first. Reichs does an excellent job of incorporating past events from Nemesis into the story; the short reminders help the reader stay engaged. However, what makes the reader keep turning the pages are the intriguing situations the students face—the story has non-stop action and startling surprises.

Genesis is extremely violent and has an outrageous storyline. While it takes some faith from readers, this story does an excellent job navigating this unique plot. Genesis will keep the readers guessing until the very end. Readers who enjoy suspense and adventure will enjoy the plot twists and action sequences. Readers who are fans of Maze Runner will want to pick up the Project Nemesis series.