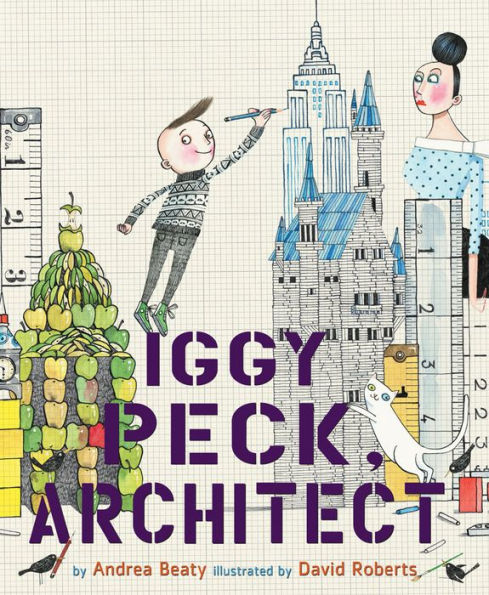 Iggy Peck has always loved to build things. When he was two, he used dirty diapers to erect a tall tower. His parents don’t forbid him from building, but they certainly don’t appreciate the architectural wonders that he builds. When Iggy enters second grade, his teacher forbids him from building. Instead of using tools, his teacher demands that he uses crayons. When the class goes on a field trip, a bridge collapses, trapping them on an island. Can Iggy use his building skills to prove that studying architecture can be a worthwhile, wonderful endeavor?

The full color, creative illustrations show Iggy’s imaginative inventions and the wonderfully expressive reactions of Iggy’s parents and teacher. Each page has fun illustrations and short rhyming lines. Parents will want to read the story aloud since it is not intended to be read for the first time independently.

Readers will enjoy the illustrations because they show Iggy’s inventions. The teacher is portrayed in a negative light because she not only sends Iggy to the principal for building an amazing chalk castle, but she also kills his interest in school. However, when Iggy uses his architectural skills to save the day, the teacher decides, “There are worse things to do when you’re in grade two, than to spend your time building a dream.”

The picture book Iggy Peck, Architect has creative illustrations, interesting characters, and teaches the importance of dreaming big. The ending of the book has the same classroom teacher and diverse students as Rosie Revere, Engineer, and Ada Twist, Scientist. Readers may enjoy comparing the pictures in all three books. Iggy Peck, Architect will delight younger children who are interested in building their dreams. 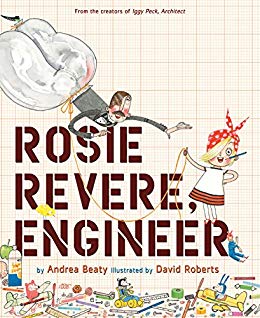 Rosie Revere dreams of being a great engineer. During the night, she uses trash and other supplies to construct inventions. Her ideas are endless. She makes hot dog dispensers, helium pants, and python-repelling cheese hats. When her uncle laughs at her creations, Rosie decides it’s best to hide the gizmos she creates. Will Rosie find the courage to share her creations, or will they stay hidden under her bed?

Younger readers will enjoy the full-page illustrations that bring Rosie’s creations to life. Each page has fun illustrations, short sentences, and rhyming text that will make the story fun to read aloud. Some of the vocabulary, such as ‘perplexed’ and ‘dismayed,’ may be difficult, and parents will have to explain the meaning. Even though Rosie Revere, Engineer is a picture book, the story is intended to be read aloud to a child, rather than for the child to read it for the first time independently.

Many readers will relate to Rosie Revere who is afraid of failing and having someone laugh at her. The entertaining story shows how Rosie “kept her dreams to herself.” With the help of her great-great-aunt, Rose learns that “The only true failure can come if you quit.” The ending of the book has the same classroom teacher and diverse students as Iggy Peck, Architect and Ada Twist, Scientist. Readers may enjoy comparing the pictures in all three books.

Rosie Revere, Engineer teaches readers that making mistakes does not make a person a failure. The creative illustrations, relatable character, and the important lesson make Rosie Revere, Engineer a story that will entertain readers as well as encourage them to build “gizmos and gadgets and doohickeys too.” 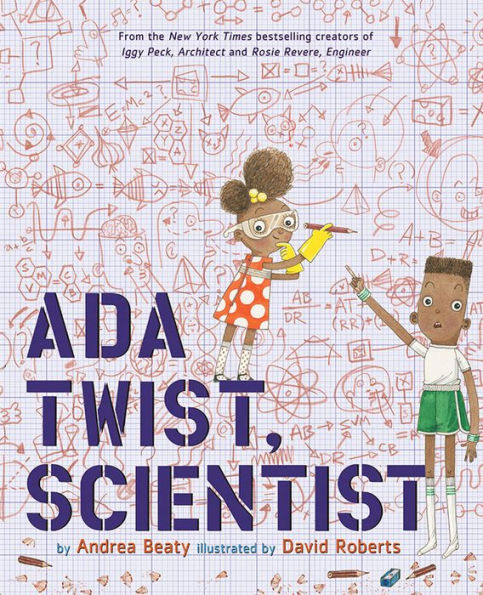 Ada Twist loves asking questions. Her curiosity is never satisfied. When she tries to figure out just want is causing the stinking smell, Ada takes her fact-finding a little too far. Her parents are frustrated and frazzled, so they send Ada to the thinking chair. Can Ada figure out how to complete her scientific experiment without causing chaos?

Ada Twist uses rhyme, questions, and scientific vocabulary to show that questioning and curiosity are part of the scientific process. Ada loves asking questions. Why? What? How? When? As Ada tries to figure out the world around her, Ada’s parents try to figure out how to best deal with her inquisitive spirit. The story ends with Ada using her curiosity in an appropriate way instead of writing her hypotheses on the walls.

Short text and large illustrations appear on every page, which makes Ada Twist, Scientist an excellent choice for beginning readers. The adorable full-color illustration brings the action to life as well as shows an African American family in a positive light. The parents wear professional clothing, Ada’s brother appears in sports apparel, and Ada wears a cute dress. Readers will also enjoy finding the picture of the family’s cat that appears on most of the pages.

Ada Twist, Scientist uses a creative and entertaining story to teach the fun of the scientific process and the importance of questioning skills. The two-parent family is portrayed in a positive manner. Ada, although different from other children, is never portrayed as weird or strange. Ada’s classroom has students from different races and the children appear in a variety of colorful clothing and styles, which helps enhance the message that being different is a wonderful thing.

Ada Twist, Scientist is intended to be read aloud to a child, rather than for the child to read it for the first time independently. The vocabulary may be difficult and some of the scientific language will need to be defined for the reader. However, Ada Twist, Scientist should be on every child’s bookshelf because of the story, illustrations, and lessons that will entertain readers time and time again.