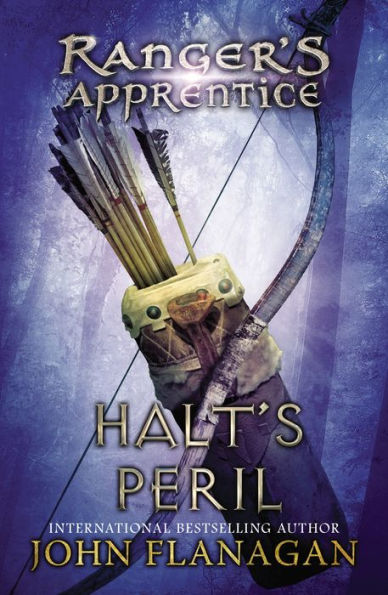 While Will and Halt are hot on the trail of the Outsiders, which is a cult that’s been making its way from kingdom to kingdom by conning the innocent out of their few valuables, they are ambushed by the cult’s deadly assassins. Pierced by a poisoned arrow, Will’s mentor is near death and in dire need of the one antidote that can save his life. Time is not on Will’s side as he journeys day and night through the harsh terrain to Grimsdell Wood in search of the one person with the power to cure Halt: Malkallam the Sorcerer.

Halt, Horace, and Will track the Outsiders in the hope of dismantling the cult. The three travel through unknown territory in a story full of adventure, fighting, and friendship. However, this time both Halt and Horace face life and death situations. Their survival is not guaranteed. In order to save Halt, Will and Horace are willing to do anything. Unlike previous installments in the series, both Will and Horace no longer have qualms about killing others. While they try to use peaceful means to solve a problem, killing others becomes necessary to save Halt and defeat the Outsiders.

Halt’s Peril highlights the importance of loyalty, dedication, and friendship, but the book also has several scenes that readers may find disturbing. As the series progresses, the characters do not become stagnant. Instead, they mature, and their relationships become more complex. Readers will enjoy the changing relationship of Will, Horace, and Halt. Instead of Will and Horace being subordinates, Halt values their skills, knowledge, and friendship.

The conclusion of Halt’s Peril will leave the reader smiling because good overcomes evil, loves last through separation, and friends help each other in times of need. Flanagan delivers another action-packed story that will keep readers entertained until the very end.