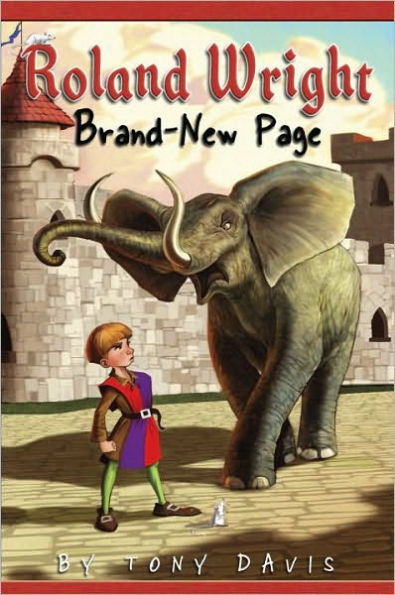 As a page, Roland expected to learn how to smite the enemy. However, he didn’t expect his enemy to be another page. But when Hector decides that Roland is a smelly peasant who doesn’t deserve to be trained as a page, Roland soon learns that not all pages fight fair.

When an elephant escapes from his pen, no one seems to know what to do, so Roland and Nudge, his pet mouse, jump to the rescue. However, instead of being praised, Roland finds himself thrown in a cell.  Roland now wonders if his chance of becoming a knight is already over, or if there is something he can do to save himself from being sent home.

The second book in the Roland Wright series is just as entertaining as the first book, Roland Wright Future Knight. Although Nudge plays a smaller role in the story, the addition of new characters and an elephant keep the reader interested. Throughout the story, Roland is never mean-spirited. Even when provoked, he strives to behave like a good knight. Roland Wright Brand-New Page will entertain young readers as well as teach that honesty always wins out in the end.