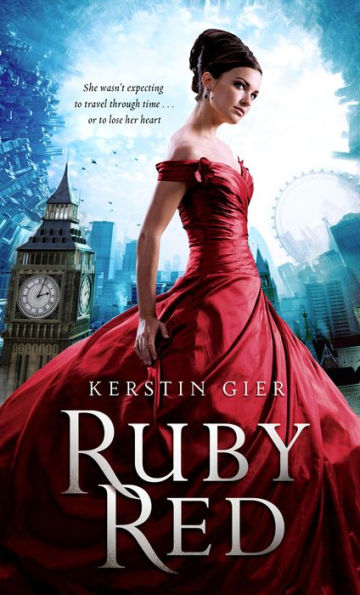 Gwen was supposed to be the ordinary one, and her cousin Charlotte was destined to be extraordinary. When Gwen accidentally time travels, the reversal of fates leads to more trouble than anyone could have imagined. Everyone has their own motives and as Gwen begins to unravel secrets that are hundreds of years old, she begins to wonder if anyone is on her side.

To add to her trouble, Gwen is forced to travel with Gideon—a handsome, but insufferable boy, who doesn’t trust Gwen. As the two travel back in time, Gideon and Gwen must learn to help each other because danger hides behind every corner.

Ruby Red is an enjoyable read with a unique plot. Full of twists and turns, Gwen and Gideon’s journey through time has plenty of mystery, suspense, and adds a dash of romance. This rich story will keep you well up into the night and leave you wanting more. Sporadic violence may not be appropriate for children, but this young adult novel will be perfect for most high school readers.