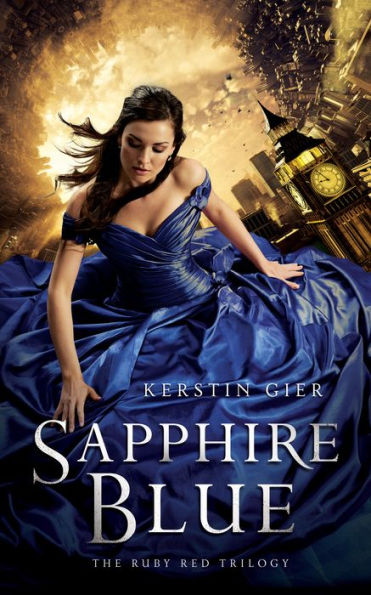 Gwen keeps hoping things will get easier, but it seems the universe has other plans. She and Gideon kiss, only to be interrupted by a gargoyle demon who imprints on Gwen and insists on following her everywhere she goes. If her new friend wasn’t enough, Gwen runs into her grandfather in 1948. The two bond and hatch a plan that may just keep Gwen alive.

Strong characters keep the Ruby Red Trilogy interesting. Gwen’s best friend Lesley uses the internet to run down leads for Gwen. James, a ghost (who doesn’t know he’s a ghost), teaches Gwen how to survive in the eighteenth century. Gideon is full of contradictions, which frustrates and confuses Gwen.

The second installment of the Ruby Red Trilogy, Sapphire Blue keeps the mysteries coming. Woven into action are dynamic relationships that make the characters seem real. Gwen’s relationships with her gargoyle friend and her grandfather are rich. A count, who could be evil, is thrown into the mix which will keep the reader interested in the story.