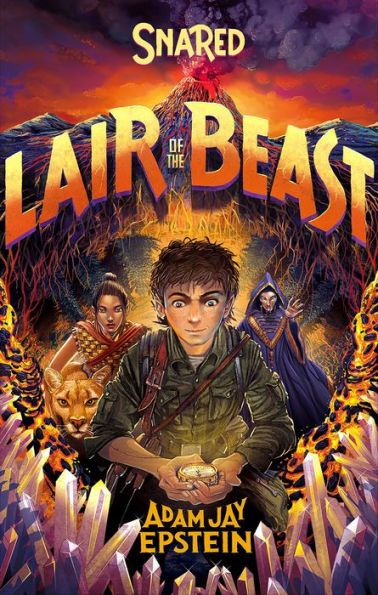 Wily Snare spent most of his life below ground creating clever tricks to ensnare treasure-seekers. Once he escaped from the dungeon, he was able to befriend a group of adventurers. Stalag, the mage who once kept Wily locked away, wants revenge. He plans to build an army of stone soldiers and take over Wily’s kingdom.

Even though Wily has sworn to keep his kingdom safe, he isn’t prepared for the pressures that come with being a prince. In order to stop Stalag, Wily will need the help of all of his friends. They must travel to find an oracle, find passage into the Below, and fight frightening beasts. The only way that Wily and his friends will succeed is if they work together to quell a creature that is as big as a castle and more dangerous than the deadliest dungeon.

Wily Snare is an imperfect protagonist that genuinely cares about the people of his kingdom. Even though Wily knows how to be a great trapsmith, he has no idea how to be a good king. Wily is afraid of failure, but others remind him that “You don’t need to be perfect. You can’t get everything right. In fact, most things you will get wrong. And that’s okay. That’s part of life.” Despite his fears, Willy uses his brains to get out of difficult situations. Readers will be able to cheer for Wily as he fights beasts, guides his companions, and fights for his kingdom.

Snared: Lair of the Beast is the second book in a fantasy adventure series. Reading the first book in the series, Snared: Escape to the Above, is essential because most of the characters appear in the first book and the second installment does not explain important events that took place in book 1. Wily and his misfit treasure-seeking friends are interesting and are willing to face danger to help others. Even though Wily and his friends face many different types of magical creatures, the battle scenes are not scary. Readers will enjoy seeing how the oracle’s prophecy comes true, as well as how Wily uses his mind to defeat evil.

Advanced elementary and junior high readers will enjoy the quirky characters and the interesting monsters that Wily encounters. The story continually reinforces the idea that everyone makes mistakes. In the end, Wily doesn’t need to prove that he is perfect, he just needs to do the best that he can. Snared: Lair of the Beast is an entertaining fantasy that teaches a positive message about friendship, forgiveness, and perseverance.