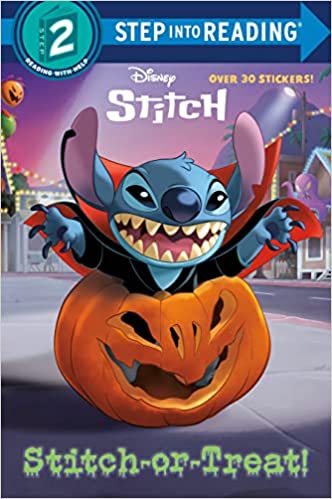 It is Stitch’s first Halloween on Earth! Lilo has prepared a list to ensure that the day is perfect. First, they need to find the right costume for Stitch. After several tries, Stitch finally decides on a vampire costume. Next, Lilo shows Stitch how to carve a pumpkin. Impatient, Stitch carves his pumpkin with his laser blaster. Finally, it’s time for trick-or-treating. Unlike Lilo, Stitch prefers tricks over treats. To Lilo’s chagrin, Stitch scares every person they meet. Stitch delights in this, but all these scares mean no candy for him or Lilo. Disappointed, Lilo walks away, believing that her perfect Halloween has been ruined. However, her spirits are lifted when Stitch catches up to her, boasting a mountain of candy!

Lilo is thrilled. Her Halloween may turn out to be perfect after all! However, her excitement ends when Stitch admits that he stole the candy from other trick-or-treaters. Together, Lilo and Stitch do the right thing—return the candy. They board Stitch’s spaceship and fly over the town, dropping the candy on the trick-or-treaters below. That night, Lilo and Stitch sleep happily, with Lilo’s list completed. It was a perfect Halloween after all.

Stitch-or-Treat continues the story of Disney’s beloved Lilo and Stitch and is sure to charm fans of the film. Readers who are unfamiliar with the characters will nonetheless be entertained by the sweet and short misadventure of the unlikely pair. The book’s art style matches the style of the film, with decorations drawn in the background to create a proper Halloween spirit. Readers will laugh at the illustrations of Stitch trying on various costumes and his confused, frustrated expressions. Fans of other Disney films will also delight in seeing background characters dressed as characters like Snow White and Little Red Riding Hood.

The book is part of the Step into Reading Level Two series, which targets readers in preschool through first grade. Each page features 1 to 3 short sentences in large font, making it an easy read. While it is an entertaining Halloween story, Stitch-or-Treat also teaches a valuable lesson about the importance of considering the needs of others. Stitch shows kindness and maturity by choosing to stop scaring others. Plus, both Lilo and Stitch show the same level of maturity by choosing to return the stolen candy, even if it meant that they both went without it. 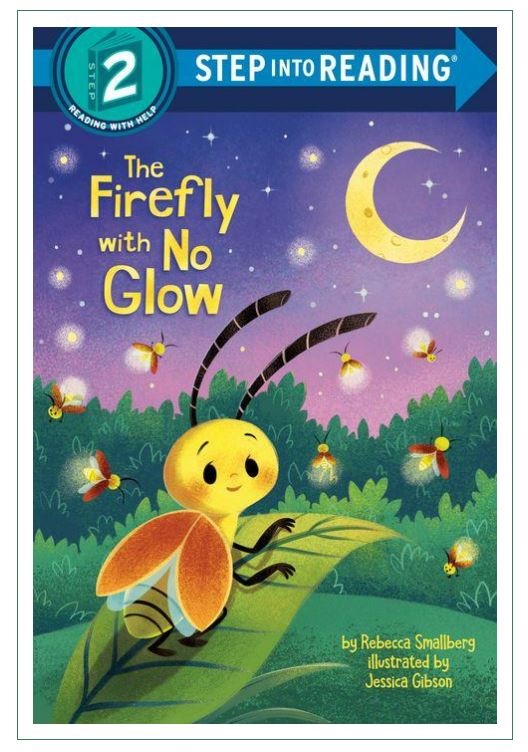 By reading The Firefly with No Glow, children can fly into the world of the fireflies and explore. Every page has illustrations that show the adorably cute fireflies who live in a beautiful world full of creatures—an owl in a tree, ladybugs on a leaf, and crickets playing a song. Young readers will have fun trying to find all the creatures in the illustrations. Most of the full-page illustrations show the dark blue night sky which allows the fireflies light to shine bright. When the fireflies are trapped in a jar, their frowns are evident, but the scenes are not scary.

The Firefly with No Glow is part of the Step into Reading level two, which is geared toward preschool through first grade readers. With large font and 1 to 2 short sentences per page, young readers will enjoy the simple story. However, some readers will need help sounding out unfamiliar words.

The story focuses on Luke, a firefly who is different than the other fireflies. However, it is Luke’s difference that allows him to save his friends. While Luke doesn’t have a light that glows, he is portrayed in a positive light. The Firefly with No Glow highlights how one firefly’s difference makes him the perfect firefly to help his friends. The cute, engaging story will leave readers with a warm glow and help them understand that being unique is a good thing. 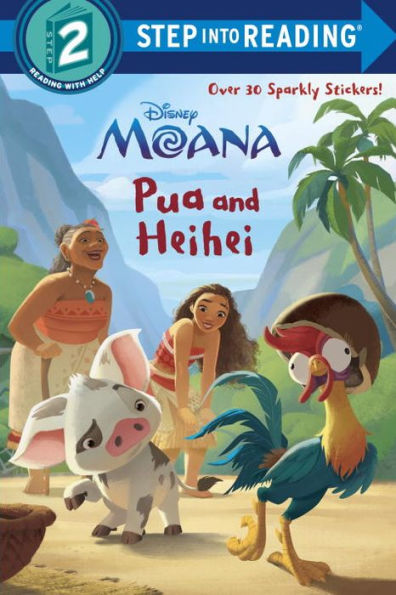 Moana helps get ready for a feast. She finds a shell and decides to make her dad a gift: a bracelet. Heihei the rooster keeps making trouble, he pecks holes in the leaves that the villagers use to wrap food in. Moana drops the bracelet and it lands on Heihei. Pua the pig wants to find the bracelet for Moana. Both Heihei and Pua get trapped in a fishing net. Moana untangles the net and finds the bracelet. Moana is happy that her dad loves the gift.

Young readers will need help reading Pua and Heihei. The story uses basic vocabulary and short sentences but is intended for children who are familiar with words on sight and can sound out new words. Each page has 1 to 3 simple sentences that are printed in large text. The action is illustrated with large pictures that show all of the accidental mischief that Heihei and Pua get into.

Pua and Heihei uses familiar characters and full-page illustrations to engage young readers. The story is intended for preschool through kindergarten readers, but older readers will also enjoy the story. The plot is easy to understand and the colorful illustrations will help readers understand the story’s events. Fans of Disney will enjoy stepping into Moana’s tropical world and laugh as Pua and Heihei cause all sorts of silly trouble. 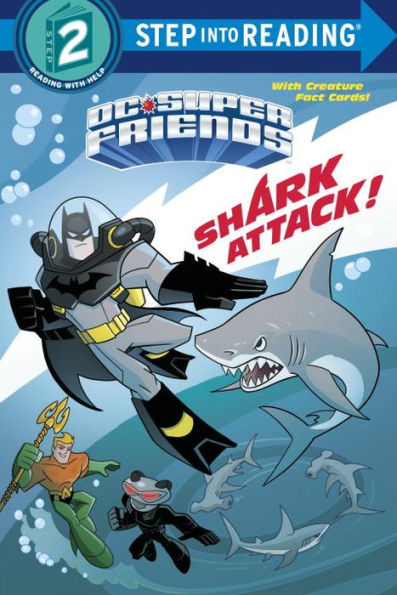 Superhero fans will cheer for Batman and Aquaman when they defeat the Black Manta. Each full-page illustration shows the action, which includes being chased by sharks. Even though Black Manta is the villain, Aquaman asks the sharks not to bite him. Even though the reader knows that Batman and Aquaman will be victorious, they will enjoy the fast-paced action as they learn a few shark facts.

Young readers will need help reading Shark Attack! The story uses basic vocabulary and short sentences, but is intended for children who are familiar with words on sight and can sound out new words. Each page has 1 to 3 simple sentences that are printed with large text. The action is illustrated with large pictures which often include various types of sharks. As the superheroes battle the Black Manta, the violence consists of the sharks bumping but never biting.

Shark Attack! uses familiar characters and full-page illustrations to engage young readers. The story is intended for preschool through kindergarten readers, but older readers will also enjoy the story. The plot is easy to understand and the colorful illustrations will help readers understand the story’s events. Superhero and shark-loving readers will enjoy seeing Batman and Aquaman take a bite out of crime in Shark Attack!