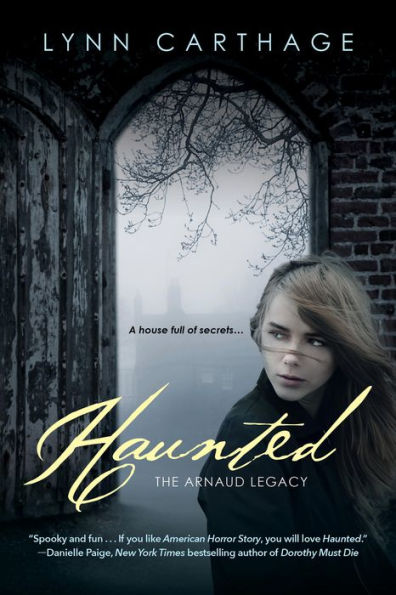 Phoebe isn’t sure what is going on. She keeps jumping; one minute her life is perfectly normal, and the next she is in a different location with different people. Phoebe jumps from time and place, which frightens and confuses her (and the reader). Phoebe wonders if she has a mental disorder or if she is truly jumping back in time. It is not until later that Phoebe realizes that she is in fact dead.

To add to the confusion of the story, Phoebe is trying to discover the secrets behind her parents’ move to the family mansion in England. As Phoebe learns about her ancestor, Madame Arnaud, she discovers that her sister is in grave danger. Madame Arnaud has a devious plan. With the help of Miles and Eleanor, Phoebe tries to find a way to defeat Madame Arnaud and save children from dying.

Miles’s character adds a little bit of romance and mystery, which teens will enjoy. Even though Phoebe and Miles like each other romantically, the story focuses on how they defeat Madame Arnaud.

Although Haunted has an interesting and frightening backstory with Madame Arnaud, the beginning of the story is confusing and difficult to follow. Because of Phoebe’s confusion, she comes across as an unreliable narrator, which makes it harder to sympathize with her. Haunted might be a difficult book for struggling readers.

The story contains a pagan yew tree that has a Rune on it. The tree aids in killing Madame Arnaud. Phoebe believes that “the house is malevolent. But something brought us together, something kept sending you to your car and me to the pool. It wanted us to figure things out and fix things.”