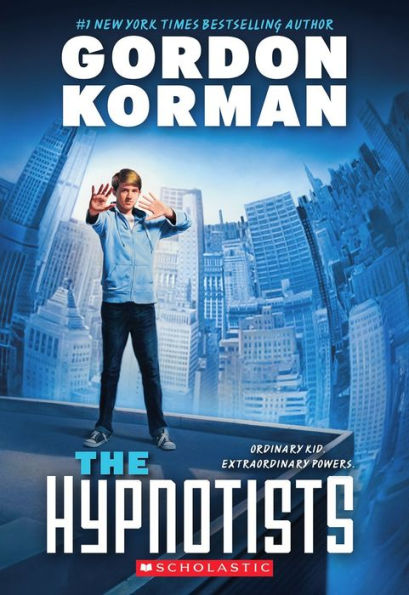 Jax’s eyes have always changed colors. And when people begin doing exactly what Jax tells them, he wonders if there is more to his color-changing eyes than he knows. Soon, Jax finds himself invited to meet Dr. Mako. Dr. Mako promises to teach Jax to harness the power to hypnotize people.

Excited by the prospect of learning more about his powers, Jax falls under Dr. Mako’s spell. However, Jax begins to wonder why Dr. Mako is so interested in his powers. Jax isn’t sure if Dr. Mako can be trusted. Soon Jax is tangled in a web of deception. Jax must figure out how to save his best friend, his parents, and the United States from Dr. Mako’s evil plan.

Jax’s newly emerging power adds humor and suspense to The Hypnotist. Younger readers will enjoy watching Jax learn to use his power and struggle with the responsibility of being able to hypnotize others. Jax works through many of his problems by talking to his best friend Tommy. This allows the reader to understand Jax’s emotions. The relationship between Jax and Tommy adds to the story’s plot and helps keep the story’s tone kid friendly. Even though much of the conflict revolves around Dr. Mako, who turns out to be an evil villain, the violence is age appropriate for children because it is not described in detail or in a scary manner.