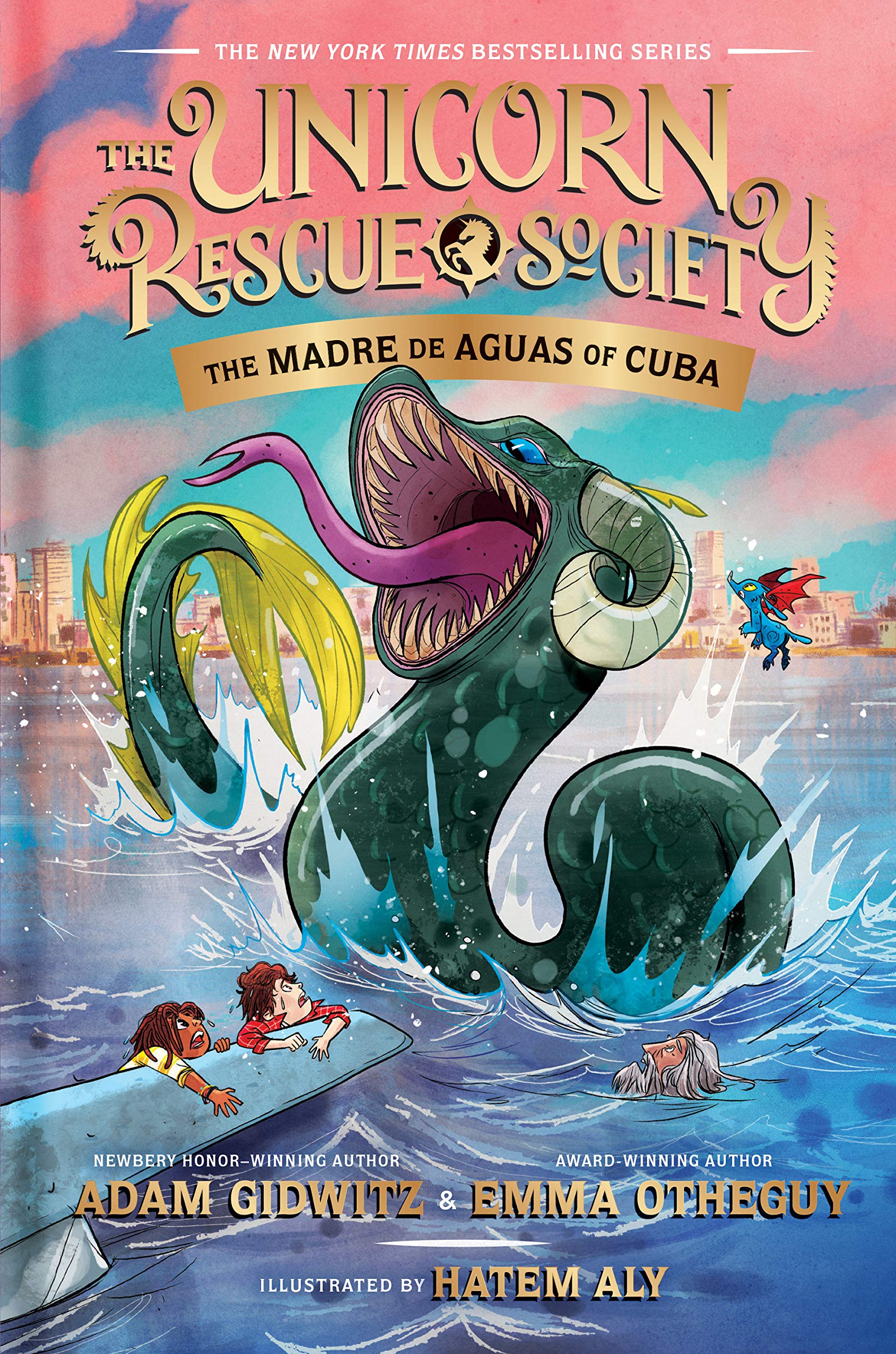 A legendary sea serpent is missing. Can the Unicorn Rescue Society find it and end Cuba’s terrible drought?

A brand-new adventure is ready to unfold as Uchenna, Elliot, and Professor Fauna fly to Havana to search for the Madre de Aguas. Is this missing creature responsible for the drought that has ravaged the island for months? And why are the Schmoke Brothers’ goons driving around Havana, dumping pink sludge into sewers? The Unicorn Rescue Society is ready to save the day—and hopefully not get eaten in the process!

Uchenna, Elliot, Professor Fauna, and a Jersey Devil come together on a fast-paced journey through Havana, where they meet several locals. The Madre De Aguas of Cuba shows how different cultures—Taino, Africans, and Spanish—have combined their traditions. Now the Cubans are like a ceiba tree, “many roots, one tree.” The story seamlessly incorporates the idea that people can have different beliefs and still live in peace.

When Uchenna, Elliot, and Professor Fauna get to Cuba, Yoenis—a Cuban American—gives a lecture on the political situation in Cuba, including commentary on the United States embargo. The history lesson is long-winded and has nothing to do with the story’s plot. Another downside of the book is that several of the characters, including Professor Fauna, speak Spanish. Some of the Spanish passages are long and there are not always enough context clues to understand what is being said.

All the characters are quirky in different ways, which adds humor and suspense. Even though the history of Cuba is introduced, young readers will still enjoy the story because of the humorous tone and the interesting characters. Black-and-white illustrations appear every 1 to 2 pages; the illustrations add humor and help the readers visualize the characters. Most of the text is easy to read because it uses short paragraphs, simple vocabulary, and dialogue.

The Unicorn Rescue Society Series will delight readers who want to learn about mythical monsters. Uchenna, Elliot, Professor Fauna, and a Jersey Devil are loveable characters who appear in each installment, and the interplay between the characters is both humorous and endearing. Readers who enjoy The Madre De Aguas of Cuba should check out Knights vs. Dinosaurs by Matt Phelan as it also mixes humor with monsters.