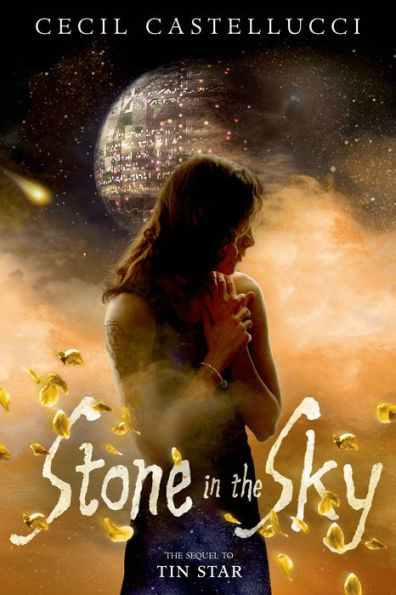 Years ago, Tula was left for dead on a remote space station. During her time on the space station, she has made a home for herself. When a spacecraft crashes on the abandoned planet below, the pilot discovers a rare and valuable plant. Soon others flock to the planet and the space station in hopes of becoming rich. Along with masses of aliens, Tula’s old enemy Brother Blue appears on the space station. And he hasn’t forgotten that Tula knows too much about his past.

Soon Tula must flee the Space Station in hopes of proving that Brother Blue is not who he claims. As Tula travels, the reader is taken on an incredible adventure through space. Away from the space station, Tula soon discovers that there are some who can be trusted and some who need to be feared. And in order to help the people she loves, she will have to take risks that may lead to her own death.

Stone is the Sky is an exciting and well-written story. The story brings back some of the same loveable characters that appeared in Tin Star. The story contains several surprises that make Stone in the Sky worth reading. Like the first book, the violence and sexual content is relatively mild.