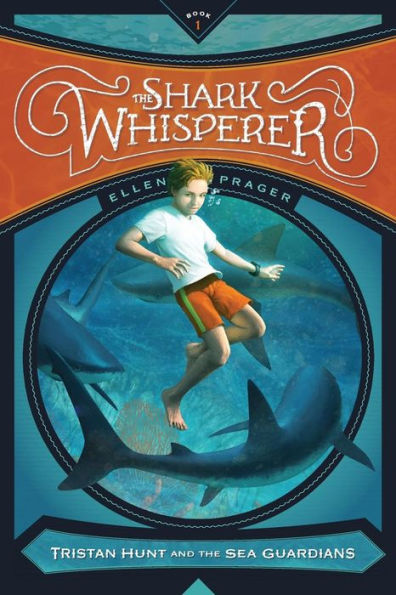 Tristan Hunt is known for being clumsy, which is why his parents aren’t surprised when he falls into a pool of sharks. After his strange experience in the shark tank, Tristan is invited to an ocean-themed summer camp in the Florida Keys. But this camp has a secret. All of the campers have a special talent when it comes to the ocean.

While at camp, the ocean animals ask for help figuring out who is finning sharks in the Bahamas. When several of the campers go to investigate, they disappear. With the help of sharks, dolphins, a quick escape-artist octopus, and other sea creatures, can the campers stop the shark-finning, reef-blasting billionaire?

Tristan Hunt and the Sea Guardians takes the reader on an underwater adventure, where sea creatures of all types come to life. As the campers learn about sea life, they discover an array of sea creatures from a toothless shark in a rehabilitation center to chatty seagulls. Several scenes are from a shark’s point of view, which adds interest. Tristian meets several sharks with a Bahamian accent, and one humorous shark laughs at Tristan’s fear of sharks and tells him that humans taste awful. The interaction between humans and sea life, and the variety of sea creatures with their different personalities make the story a lot of fun.

As Tristan and the other campers learn about their skills, their different reactions are interesting. At first, Tristan is a clumsy, insecure boy. However, as the story progresses, Tristan becomes more confident, is able to speak his mind, lead others, and can also laugh at his clumsiness on land. The story connects sea creatures’ behavior to the campers’ behavior and shows the importance of leadership, cooperation, and helping each other.

As a marine scientist, Prager beautifully describes the ocean sea creatures and their habitat as well as highlights the importance of taking care of the ocean. Although the ocean descriptions accurately explain the ocean, some of the long descriptions and advanced vocabulary may make the story difficult for some readers. Tristan Hunt and the Sea Guardians mixes adventure, action, and ocean life to create an exciting, educational fantasy that readers will enjoy. Readers will want to jump into this series, which continues in The Shark Rider.