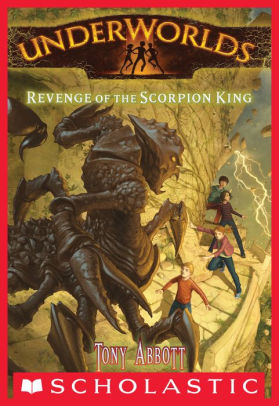 Another adventure begins when Owen, Dana, Jon, and Sydney sneak onto Loki’s sled and end up in the Babylonian Underworld. Unsure of where they are or how they can stop Loki from waging war on their world, the friends will have to rely on each other to survive.

With the help of a new friend, the group must figure out a way to get to the top of the Scorpion King’s tower before Loki. The Revenge of the Scorpion King gives readers a glimpse of the Babylonian Underworld and the monsters of legends. The new monsters add excitement and suspense to the story. Because the events in the story are based on mythology, younger readers won’t be so scared that the events could happen to them. The scenes are not described in detail, which allows readers to enjoy the monster battle scenes.