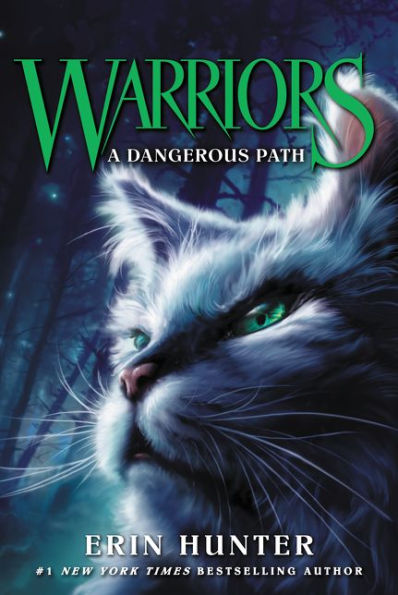 Times are rough in the forest, and all the Clans are wary of each other. With ShadowClan’s new and dangerous leader, Tigerstar, everyone in ThunderClan is on edge. None of the other Clans see anything wrong with Tigerstar’s leadership, but Fireheart knows better. Fireheart is convinced that the new leader will bring danger, and he has a feeling that something terrible is brewing. Dreams of danger haunt Fireheart, who worries that there is a connection between his foreboding dreams and Tigerstar’s rise to power.

There is also a strange evil loose in the forest, lurking in the shadows. When the leader of ThunderClan turns her back on StarClan, Fireheart is not sure what to believe. Should he trust in StarClan and his dreams to lead the Clan to safety? Has StarClan abandoned them?

The fifth installment of the Warrior Series has a slow pace that continues for the first half of the book.  Like the previous books, the cats hunt, go to meetings, and train apprentices. Although many aspects of the books are repetitious, the number of characters and the complexity of the plot may confuse some readers. The story continues to hint about a terrible danger, but the mystery behind the danger takes too long to solve. Still, once revealed, it creates a tense climax for the novel.

The story focuses on Bluestar, who has suffered a devastating loss and has become irrational as a result. Bluestar’s negativity gives the book a darker tone. Although the story is still a good adventure that allows readers to see into the cats’ world, A Dangerous Path has a more mature tone and adds themes of danger, death, and violence. The story covers some difficult topics such as Cloudkit’s skepticism regarding StarClan, and a cat willing to scheme to kill others. For those who have fallen in love with the Warrior series, A Dangerous Path sets up an epic battle that will take place in The Darkest Hour.