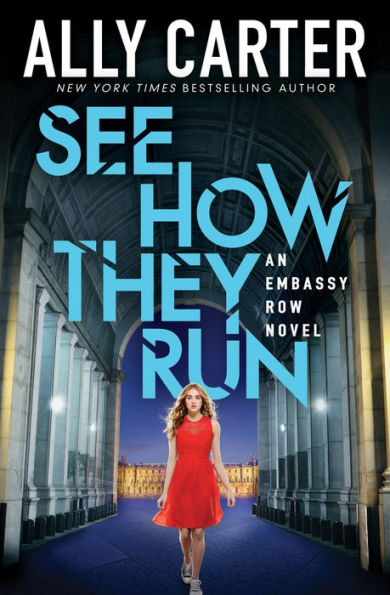 Finding the truth about her mother’s murder was supposed to bring Grace peace. But the past still haunts her. Grace realizes that her mother carried secrets of her own, but there are those who want those secrets to stay buried. And there is someone who is willing to kill to make sure the truth never comes out.

Grace knows there are century-old secrets surrounding her family. The only thing she doesn’t know is who to trust in her search for the truth. And when a U.S. citizen is murdered on Adria soil, Grace realizes that death is just a tool that a powerful person isn’t afraid to use.

Full of suspense and intrigue, the second installment of the Embassy Row series will captivate readers and pull them into the mystery surrounding Grace. See How They Run focuses less on Grace’s friends, and their absence makes the story less interesting. Grace doesn’t trust her own decision-making skills, and often refers to her “crazy” nature. Her complicated character adds suspense to the story. The addition of Adria’s history and the murder of a royal family creates an eerie atmosphere.

For those who enjoyed the Gallagher Girls series, See How They Run will not disappoint. However, See How They Run focuses on the death of a royal family and the murder of a young man. Even though the violence is not described in detail, the story makes it clear that someone is willing to kill innocent people.