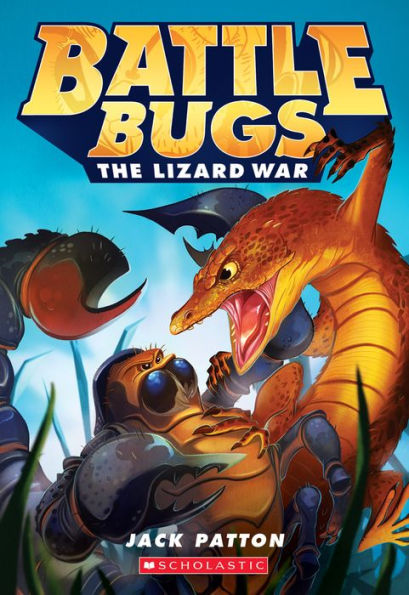 Max loves everything about bugs, so his mother gives him an old book full of insect pictures. When Max peers into the book, he suddenly finds himself on Bug Island—and he’s the size of a bug. When he arrives on Bug Island, he finds out that the bugs are under attack. Lizards have found their way to Bug Island. The lizards are looking for yummy snacks: the bugs of the island. Max isn’t sure how he ended up on the island, but he knows he can help the bugs win the battle.

The Lizard War jumps into action in chapter two and leads the reader on a fun, imaginative journey through a bug’s life. The story teaches facts about bugs through an engaging storyline. The bug (and human) characters are well-developed and show unique personalities. Seeing a human through a bug’s eye gives the story interest and humor. The fighting between lizards and bugs adds suspense with kid-friendly descriptions.

Even though The Lizard War has some longer, descriptive paragraphs, the text is easy to read. Dialogue, Max’s thoughts, onomatopoeias, and full-page illustrations help keep readers engaged. Through the actions of the bugs, readers will learn about the importance of working together. Although the story focuses on bugs, any reader who enjoys reading about battles will enjoy The Lizard War.