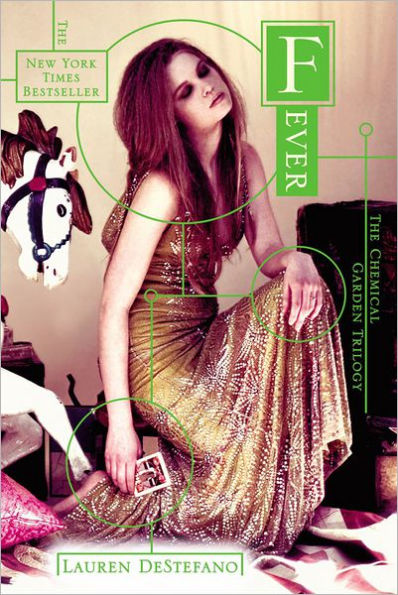 Escaping with Gabriel was supposed to be the hard part, but as Rhine travels the country in search of her brother, she realizes that escaping the mansion was easy compared to what is coming next.

Captured by Madame, a woman of dubious sanity who wants Rhine to become one of her scarlet girls, Rhine starts to wonder if leaving the mansion was the right course of action. It seems there is nowhere she can go to reclaim her freedom. Would it not have been better to die in comfort at the mansion, forced to wed one man, than to spend her last years forced into prostitution in Madame’s decrepit carnival?

Hundreds of miles away, Housemaster Vaughn continues his twisted plans, in which Rhine unknowingly still has an important part to play.

While Fever’s pacing is not as smooth as Wither’s, interesting characters are introduced that will keep the pages turning. DeStefano does an excellent job at creating an atmosphere of urgency and weaving a perpetual feeling of captivity. Rhine struggles with many mature issues, such as how far she is willing to submit herself, sexually, in order to survive.