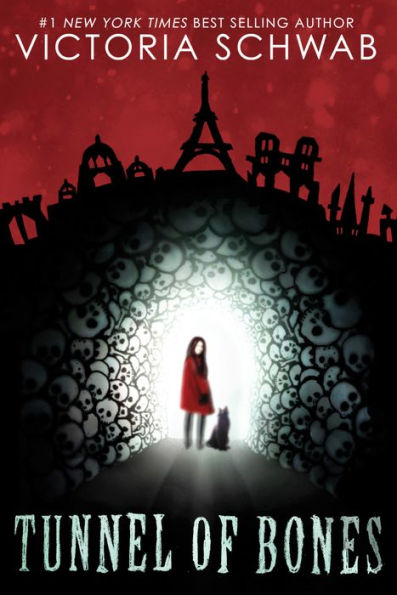 Cassidy isn’t excited to be in one of the most haunted cities in the world—Paris. While her parents are filming their TV shows about haunted cities, Cassidy doesn’t plan on attracting danger. But when her parents take her to the creepy underground Catacombs, Cassidy finds danger lurking in the shadows.

When Cassidy accidentally awakens a frightening, strong spirit, she must rely on her still-growing skills as a ghost hunter and her friends, both old and new, to help her unravel a mystery. As the spirit grows strong, Cassidy realizes that she’s not the only one in trouble. Soon the ghost causes disaster after disaster, which endangers the people Cassidy loves. Can Cassidy stop the angry spirit, or will he haunt her city forever?

The second installment of the City of Ghost series will not disappoint. As Cassidy follows her parents through Paris, Cassidy gets a firsthand look at some of Paris’s ghostly stories. While many of the ghostly encounters could be deadly, Cassidy’s best friend (and ghost), Jacob, is always waiting in the shadows in order to keep Cassidy out of trouble. Readers will enjoy Cassidy’s inquisitive mind and courage.

Cassidy’s adventures take her into Paris’s underground as well as to several of Paris’s landmarks. The adventure is at times creepy and suspenseful, but always interesting. Tunnel of Bones adds several new and interesting twists. As Cassidy tries to help a young ghost remember his past, she begins to wonder if Jacob will also begin to lose his memory of his earthly life. The parallel between the two ghosts adds an interesting dimension to the story.

Tunnel of Bones will entertain readers with a good ghost story. The easy-to-read text contains short sentences and offers action, description, and dialogue. Although several ghosts make a short appearance that does not enhance the plot, a little boy ghost continues to reappear which gives the story an air of mystery and unexpected danger. Cassidy’s faithful friends and encounters with frightening ghosts mixed with a dash of humor creates a highly entertaining ghost story. Although Tunnel of Bones can be read as a stand-alone novel, readers will not want to miss the first book of the series, City of Ghost.