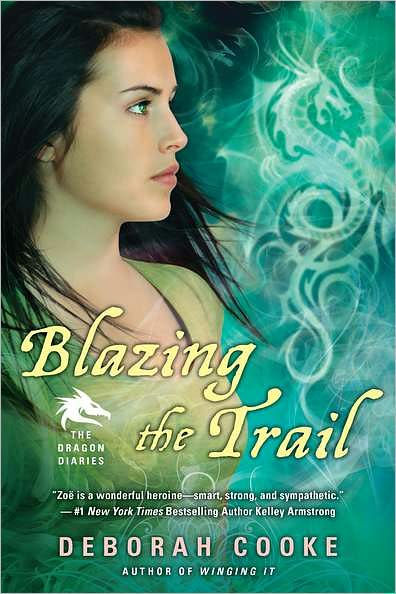 As the school’s Valentine’s Day dance approaches, Zoe gives quiet and steady Derek a chance to win her heart. The only thing is, Zoe’s not sure her heart doesn’t already belong to rocker boy Jared. However, Jared is the king of mixed messages, ignoring Zoe one minute and then appearing out of nowhere to protect her. However, this time when Jared shows up, he puts the alliance that Zoe has carefully built in jeopardy. And with the Mages out to eliminate all shape shifters, Zoe needs the help of everyone—human and shapeshifters alike.

Zoe is a feisty character who is trying to do what is right. But her heart and her mind don’t always agree on the right plan of action. However, she is committed to keeping her friends alive. This proves to be a difficult task. Even if Zoe knew how to defeat the Mages, she isn’t sure if she can overcome her fear and take action when her life may be the final sacrifice.

Although Blazing the Trail loses some of its appeal, Zoe seems destined to trust those who are not trustworthy and fight the same battles. Although Zoe is likable, the fact that she repeats many of the same events of the earlier books makes her actions, and the book as a whole, more predictable.