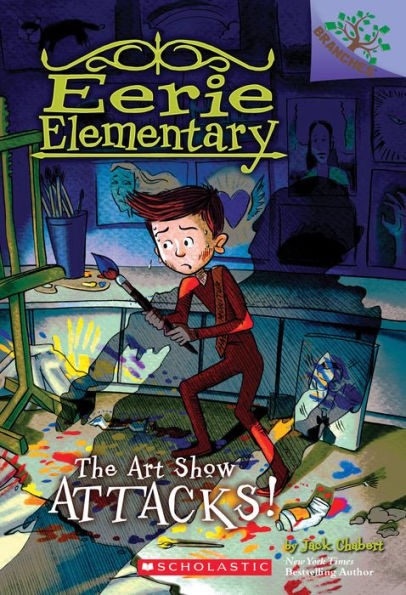 The Art Show Attacks follows the same fun format as the previous books, as Orson uses his supernatural power to throw art-filled obstacles in Sam’s way. Though this story is the ninth installment of the Eerie Elementary series, the story can be enjoyed even if the previous books have not been read. In The Art Show Attacks, Sam and his friends work together to defeat Orson Eerie. Even though the ending is predictable, readers will enjoy the action-packed story. However, the conclusion is unsatisfying and may leave readers questioning Sam’s actions.

Even though the school comes alive and tries to stop the kids from ruining Orson’s plan, the story isn’t scary. While it is said that the school feeds on kids, no kids have actually been eaten. The abnormal occurrences in the book are exciting and contain onomatopoeias that enhance the storytelling. The story contains simple sentence structures, an easy-to-follow plot, and discussion questions at the end that will add to the learning value of the book.