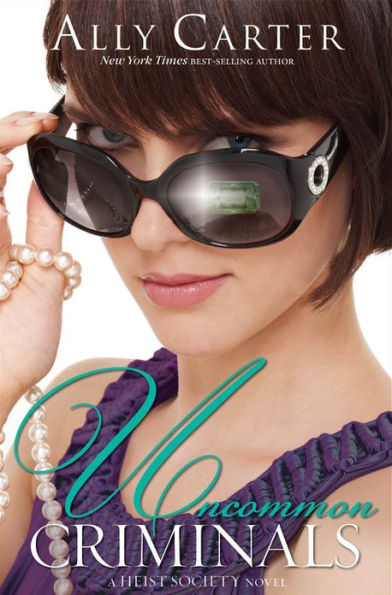 Katarina Bishop and her crew robbed the greatest museum in the world, which is why someone has asked her to steal the Cleopatra Emerald. Despite the curse of the Emerald, Katarina decides to take the job and return the jewel to its rightful owner. But when Kat and her crew go after the Cleopatra Emerald, they soon learn that the emerald is connected to their family in unexpected ways. Is there any con that can help Kat steal a treasure that has cursed all those who have tried before her?

The second installment of the Heist Society series has the same suspense and thrill as the first book. The characters’ personalities are described in more depth, which makes the book more enjoyable. Kat’s family secrets keep readers is suspense. The story’s intriguing, fast-paced plot ends with a satisfying conclusion. With plenty of plot twists, surprises, and a little bit of romance, Ally Carter’s Uncommon Criminals will delight readers of all ages.