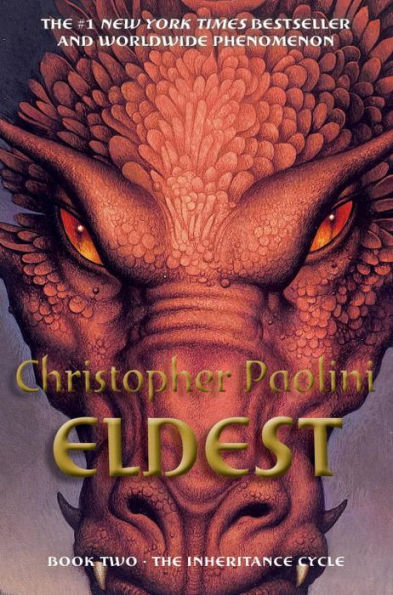 Eragon has accepted the responsibility that comes with being a Rider. As the only one who can stop the evil King Galbatorix, Eragon travels to Ellesmera to finish his training among the elves. He studies fighting, magic, and history. He grows stronger, but also weaker as the Shade’s dark magic continues to course through his veins. As its evil festers, Eragon begins to wonder if Saphira was wrong to choose him. For if he fails, all hope will be lost.

The second installment in the Eragon series, Eldest could have been cut in half and not lost anything necessary to the story. Eragon’s journey to the elves dragged on too long, as did his training. A good chunk of the book is told from the point of view of Eragon’s cousin, but his personality is flat and unengaging. There were, however, very interesting moments during Eragon’s time with the elves and the book ended with plenty of action. As with the first novel, this story has a lot of gory violence that might be too frightening for some readers.