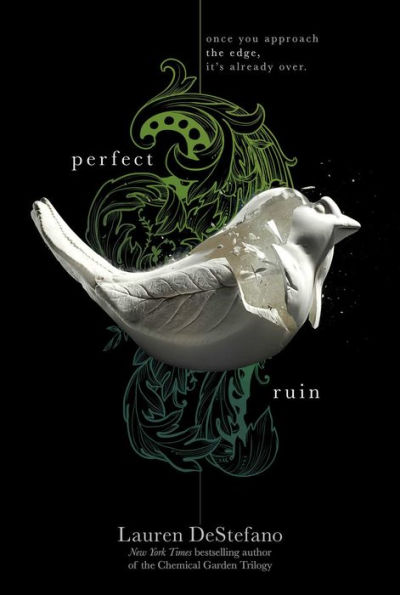 The edge calls.  Life on Internment should be enough, but for some it is not. They seek the edge. They brave the hypnotizing winds.  They hope for a glimpse of the ground.  They want more.

For Morgan, life on Internment has been enough.  Then a young girl is murdered and everything changes.  Danger is in the air.  But it’s not the murder that worries Morgan.  She wonders if she can resist the call of the edge.  She wonders if Internment is what it appears. She wonders.  She daydreams.  She questions.  And her questions can be dangerous.

Perfect Ruin creates a world that is a utopia for most.  The author creates a world that is interesting in the fact that it is not perfect, but it is not evil.  However, what makes Perfect Ruin a great read is the characters. From the start, the reader can easily fall in love with Morgan as well as her friends and family.  Morgan’s best friend Pen is full of contradictions and surprises.  Basil, Morgan’s betrothed, is a solid character who clearly understands Morgan and loves her anyway.  The interaction between the characters is heart-warming and believable.

The storyline is full of twists and surprises.  And when the readers get to the end, they are going to want to pick up the second book in the series, Burning Kingdoms.