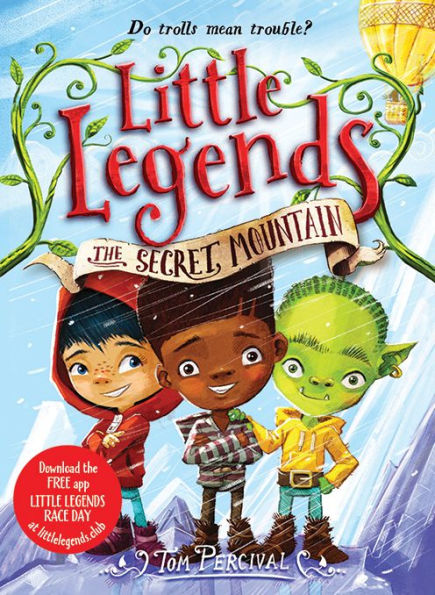 Jack and his friends are hanging out in Tale Town’s magical tree when they see a surprising sight. Mayor Fitch’s guards lock a troll child in the stocks. Everyone knows that trolls are trouble, but how could it be right to hold a child prisoner? Jack and his friends, the Little Legends, decide to rescue the young troll and help her get home. With Mayor Fitch’s guards looking for them, is there any way to get the troll home?

Children will enjoy the silly magic, the non-frightening suspense, and the fairy tale characters that appear in The Secret Mountain. Cute black-and-white illustrations appear on almost every page, and help bring the diverse cast of characters to life. As Jack and his friends try to help the troll return to her home, the reader will learn that outward appearance isn’t what makes a person good or evil. Ella explains, “You get good people and bad people. Why would it be any different with trolls?”

Readers can understand the story without reading the previous books; however, reading the stories in order is suggested because The Secret Mountain often refers to events that happened in previous books. Younger readers will need help tackling the story because some of the vocabulary is difficult and the pages are heavy in text. The Secret Mountain has a large cast of characters—a talking chicken, Jack, Red, Rapunzel, Hansel, and Gretel are just a few. As the plot unfolds the story jumps from place to place, which may confuse readers.

The Secret Mountain drops readers into a fairy tale world where magic is real. The story highlights the importance of working together to do what is right. The Secret Mountain will delight confident readers looking for a fun story with cute illustrations.