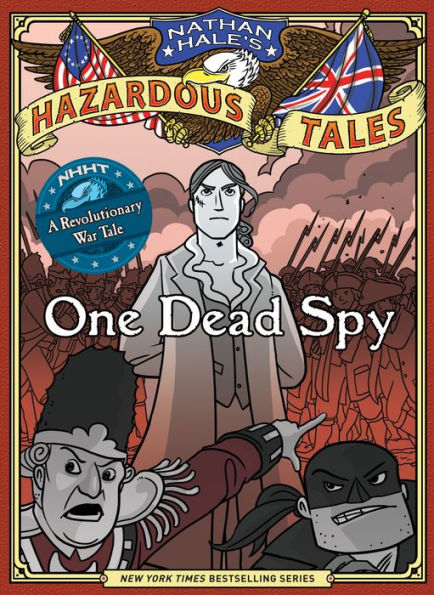 Nathan Hale is standing on the gallows, waiting to die. As he awaits death, he tells the story of the Revolutionary War. Nathan explains how the rebels were able to defeat an army that was bigger than they were. His story is full of narrow escapes with danger and acts of heroism. Nathan, a teacher who turned into a spy, tells how the British were able to capture and execute him.

The Revolutionary War and America’s fight for independence comes to life in the form of a graphic novel. Although the story revolves around war and the death of soldiers, the pictures are not graphic or gory. As Nathan tells his story, the image of the rope hanging from a tree appears repeatedly. The executioner and the British soldier seem excited to end Nathan’s life. However, at the end of the book, Nathan lives to tell another story in book two.

One Dead Spy turns history into an easy to read, entertaining format. The book ends with short biographies of other important historical people.