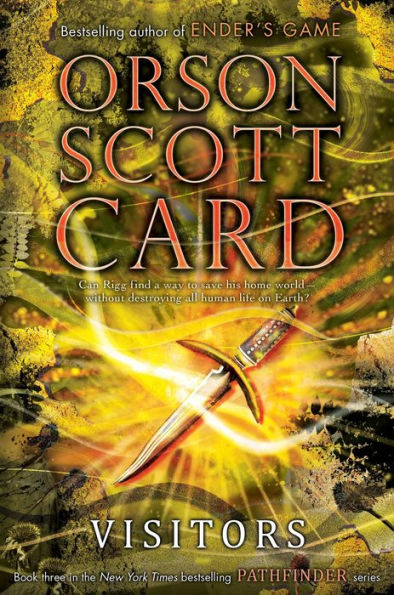 Two Riggs means twice the adventures—and twice the trouble. Now that Rigg has a copy, they have decided to diverge. One will attempt to get to Earth and stop the invasion. The other will explore the wallfolds of Garden and decide if the walls should stay up or come down.

The Rigg that goes to Earth is willing to destroy his parent planet if that is the only option for protecting Garden. He quickly discovers that the situation is not that simple. Earth may be in as much danger as Garden from an enemy that cannot be fought or reasoned with.

Meanwhile, the original Rigg explores his own world. He encounters slavery and murder, and is faced with the dilemma of how to use his powers. As a time traveler, he can change anything he wants, but should he? If he allows people to die, is he complicit in their murders? He cannot save everyone…or can he?

The final installment of the Pathfinder series has everything from Neanderthals to alien races. The brain-tickling problems that come with time travel continue, this time compounded with moral questions. Just because Rigg can save a life doesn’t mean he should, but how can he let people die horrific deaths when he has the power to change the outcome? At what point does free will become an illusion? Visitors again expands Rigg’s world from a few wallfolds to several populated worlds, and provides readers with an extremely satisfying ending.