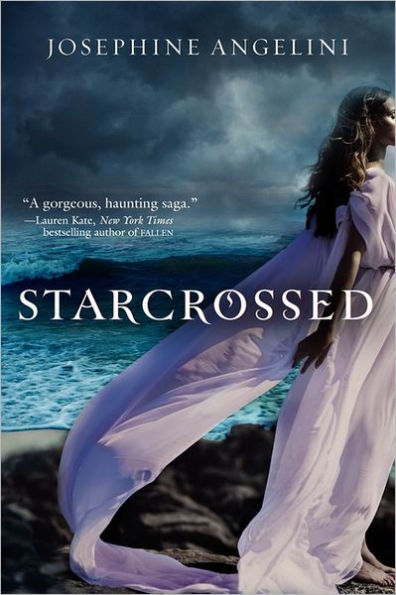 Helen has always been odd. Her biggest fear growing up was that someone would find out how much of a freak she really was. It’s not until a strange new family moves to her hometown on the island of Nantucket that she begins to realize just how different she is from the average teenager.

When the Delos family arrives, they open Helen’s eyes to another world. One where the ancient Greek stories of Troy, Tartarus, and Mount Olympus are true. Helen is more closely tied to this world than she could ever have dreamed. She is a Scion, a demigod, and with that knowledge comes the awakening of a myriad of powers she must learn to control.

But along with the Delos family arrives a curse. Scions have been tormented by the Furies for millenniums; three sisters who demand a blood debt be paid. This tortuous debt has cost countless lives, divided families, and driven Scions insane. Yet if that debt were to ever be paid in full, it would bring the end of the world.

Starcrossed is a page-turner that creates a world so wonderful one can’t help but wish it was real. Ancient Greek myths mesh with modern times in a delicious way, creating vivid characters and a whirlwind of action.

The Starcrossed series is best suited for more mature readers because the fight scenes add suspense, but also violence and blood.  There are few kisses but a plethora of sexual tension because Helen cannot be with the man she is falling in love with.